Making its Mark on Mayfair 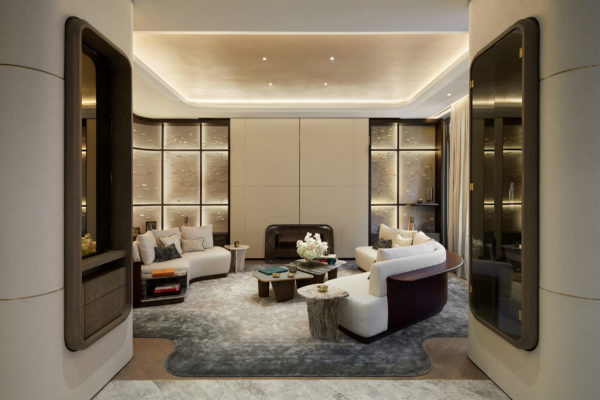 Many luxury hospitality operators have extended their branding (and enviable concierge services) to the luxury residential sector, but Mayfair Park Residences marks the first time that the Dorchester Collection has lent its name to such a development.

These 24 homes sit adjacent to the hotel group’s 45 Park Lane, and have been created with developer Clivedale and features interiors by Parisian design practice Jouin Manku – and the first show apartment has been unveiled. 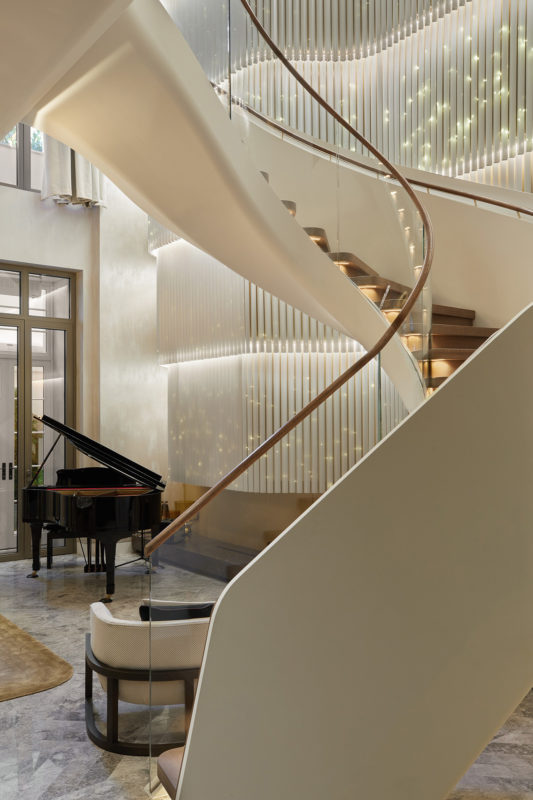 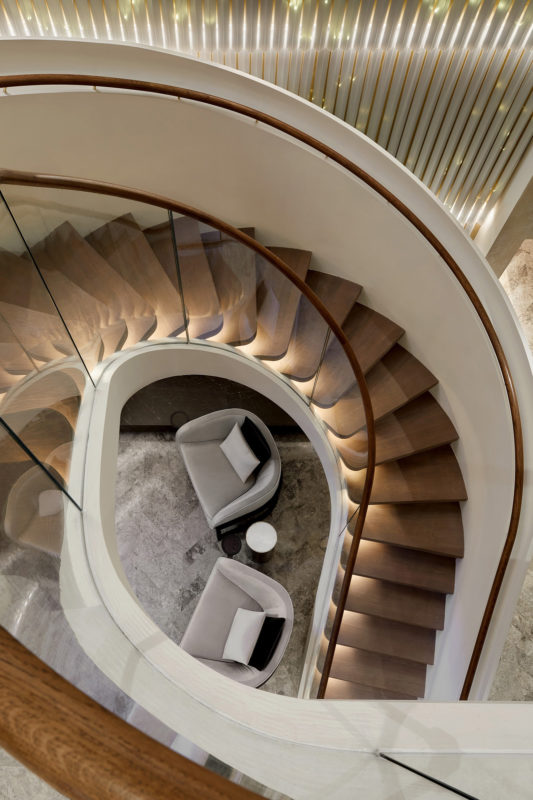 “How do we find a beautiful, deep, graceful calm, right in the centre of London?” says Sanjit Manku about his and Patrick Jouin’s starting point for this project. “We were interested in fluidity; not having a boundary between one space and another, so it seamlessly flows. There should be an invitation to go from one space to another, with one thing leading to the next.”

As a result, the arrangement of spaces flows beautifully: most notably, a huge curved staircase hugs the undulating walls and then emerges into a showstopping kitchen-dining area. “We like to think in terms of ‘moments’ rather than style or fashion – how can we amplify those?” says Manku: so, in the case of the staircase, the designers imagined the homeowners or their guests making as dramatic an entrance as possible, a sort of promenade that Manku likens to “a slow rollercoaster”.

This fluidity is not just expressed in the arrangement of spaces, but in the proliferation of curves across the whole apartment, from the cocooning headboards, which are upholstered in fabric from Dedar, to the sofas and stone fireplace surrounds.

While much of the furniture was custom-designed, many of the fabrics were sourced from brands found at Design Centre, Chelsea Harbour. As well as being used for the headboards, Dedar fabrics have been used to upholster a chair in the master bedroom; the sumptuous, sophisticated cream curtains in the bedrooms are made from textiles supplied by Holland & Sherry; and cushions using Nobilis textiles have also been incorporated.

As well as being able to benefit from Jouin Manku’s interiors, future homeowners will be able to enjoy services and amenities delivered by The Dorchester hotel next door, from the state-of-the-art health club to the residents’ lounge.