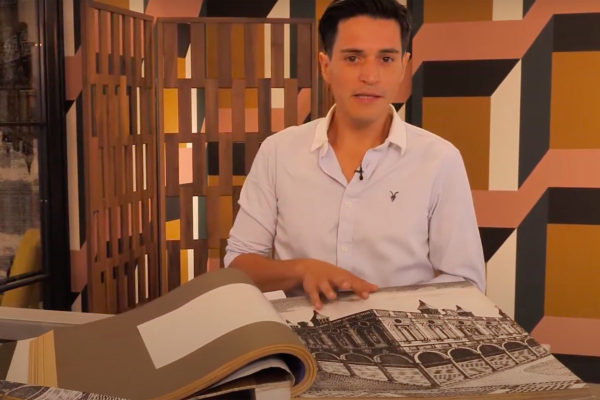 “The most amazing thing about Palladio is that it’s been untouched since the 1950s,” said Zoffany’s lead designer Peter Gomez, introducing the brand’s latest collection as part of Focus/20’s online programme.

Zoffany is the careful custodian of a remarkable archive, and Palladio is named after one such example, the wallcovering books of the same name created by decorating company Lightbown Aspinall (Gomez is pictured with one of them above). Starting the books in 1956, the firm sought to improve the popularity of wallpaper in both commercial and residential spaces, and Zoffany has dug into the archives to re-release six of the designs. “Palladio was a British brand very much in the Festival of Britain era, where design was being renewed and younger designers were being platformed,” said Gomez. Many were recruited from the Royal College of Art. 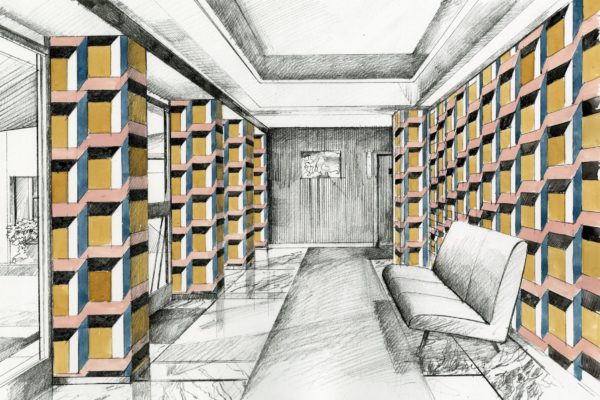 The mid-century wallcoverings were hand screen-printed and so are the Zoffany versions, with three rounds of printing needed to achieve the depth of colour of the originals. “Most of the designs were as they were in the book; we’ve been true in trying to keep the hand-marks and all the individuality,” said Gomez, “but we’d like to bring them into the now through colour range and scale.” ‘Impact’ (above) for example, was originally a small geometric but is now has big, bold blocks of colour. Several of the designs have a classical theme, from the lion’s-head roundels of ‘Medallion’ (below left) to ‘Royal Exchange’, a drawing of London’s Exchange Square. 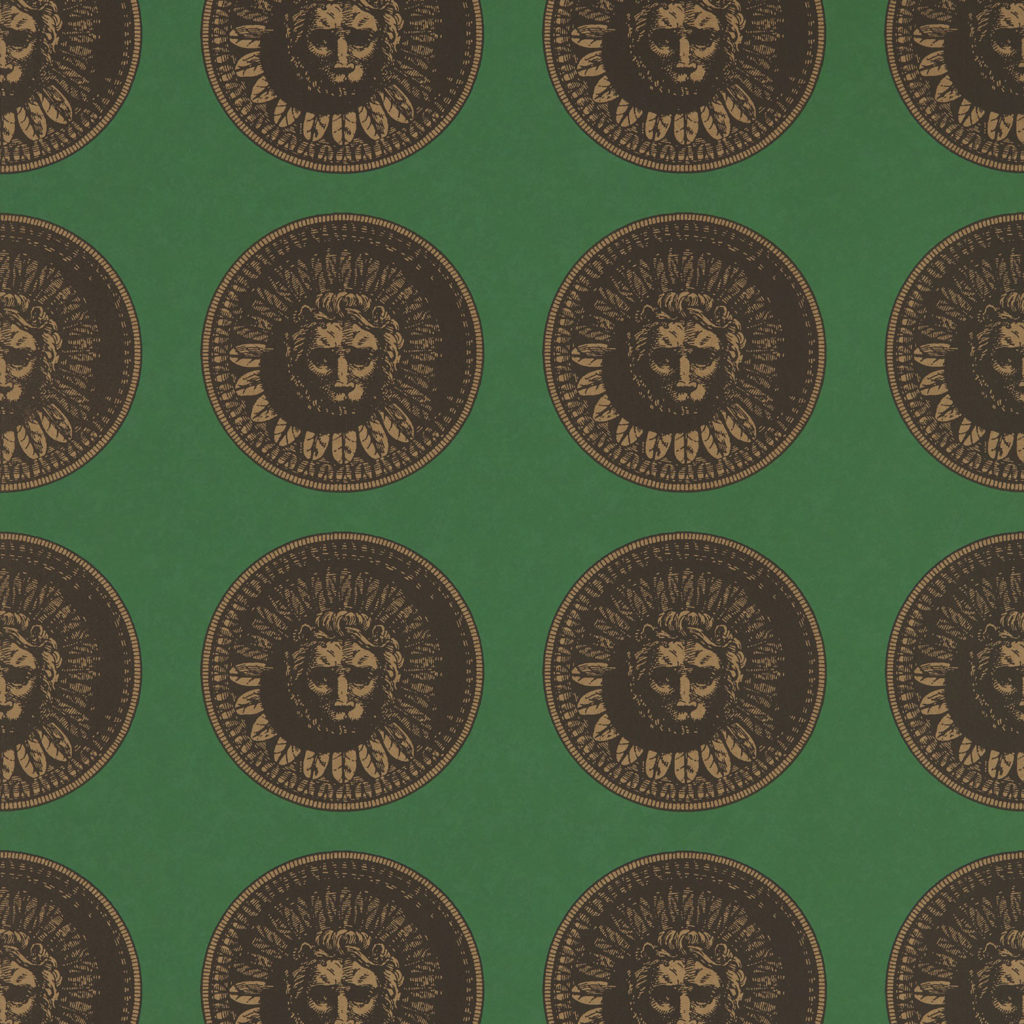 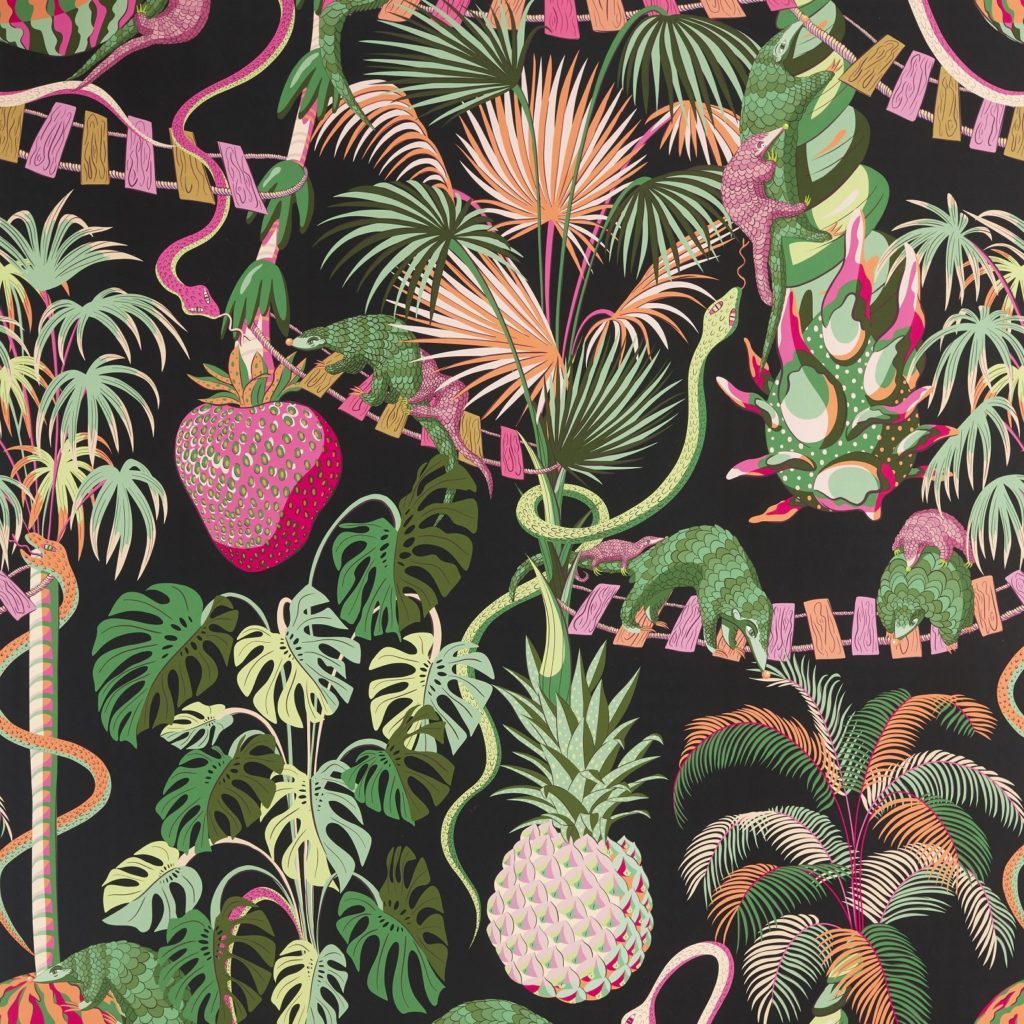 In addition to the six archive designs, Zoffany commissioned a design from RCA graduate Sam Wilde that was felt to be in the same spirit of the originals. ‘Precious Pangolins’ (above right) depicts the endangered species in a lush, fantastic tropical setting. Wilde is contributing some of the sales to the World Land Trust, which acquires land to protect pangolins’ habitat.

With many more wallpaper books to use as source material, expect more from Zoffany and Palladio. “We’ve just scratched the top surface of the archive, so we have a wealth of design and history to bring out, as well as future collaborations,” said Gomez.