Chateau in the City 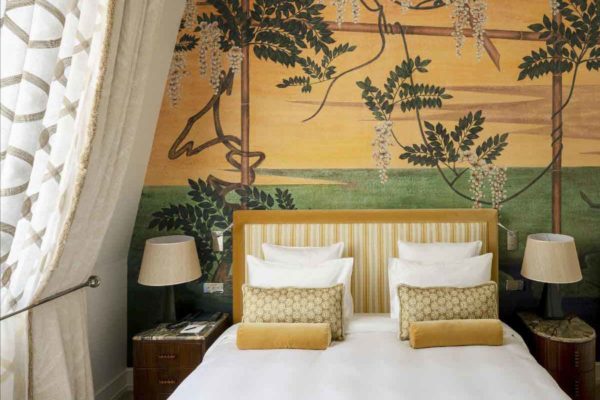 Laura Gonzalez has made herself one of the most vital names to know in French design, known for daring projects such as La Gare, sited in a former train station in the French capital, which features birdcage-like dining coves, and her work for Cartier in Madrid and Paris. Now, she has unveiled a hotel that features her signature opulence and luxe layers, the Hotel Saint James, with wallcoverings by Iksel used throughout to set the scene for its lavish spaces, 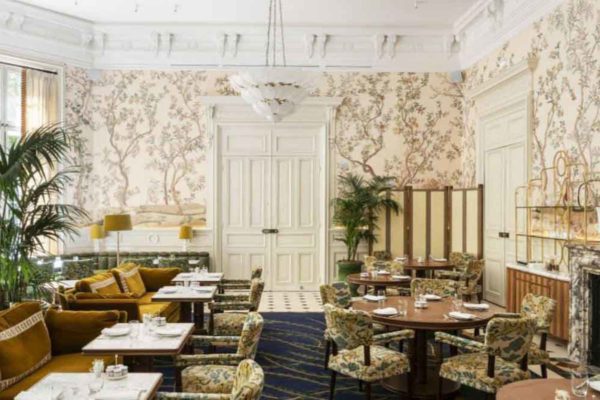 This 19th-century chateau in the heart of the city, surrounded by its own gardens, has 22 rooms, each one differently decorated, which has allowed Gonzalez to run wild with her imagination. In the restaurant, ‘Imperial Garden’ in a subtle blush tone creates the mood of a softly lit outdoor space; this chinoiserie design was based on an East India Company traditional Chinese wallpaper, but was painstakingly repainted from some original panels loaned to Iksel by an antique dealer. ‘Wisteria in Landscape’ (pictured top) has been used is half the bedrooms and suites. 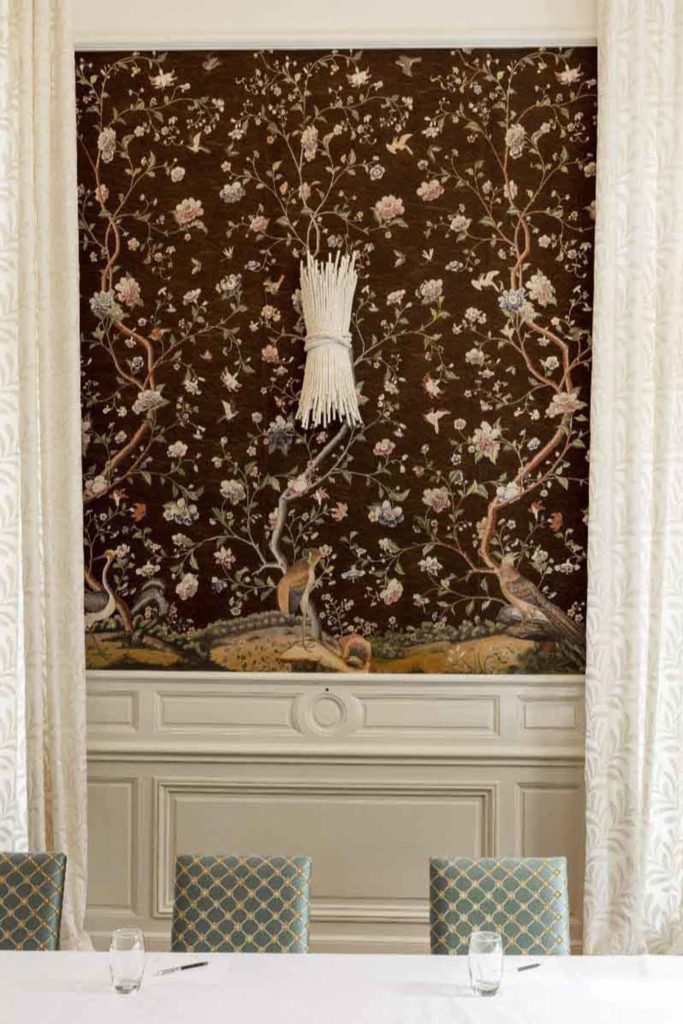 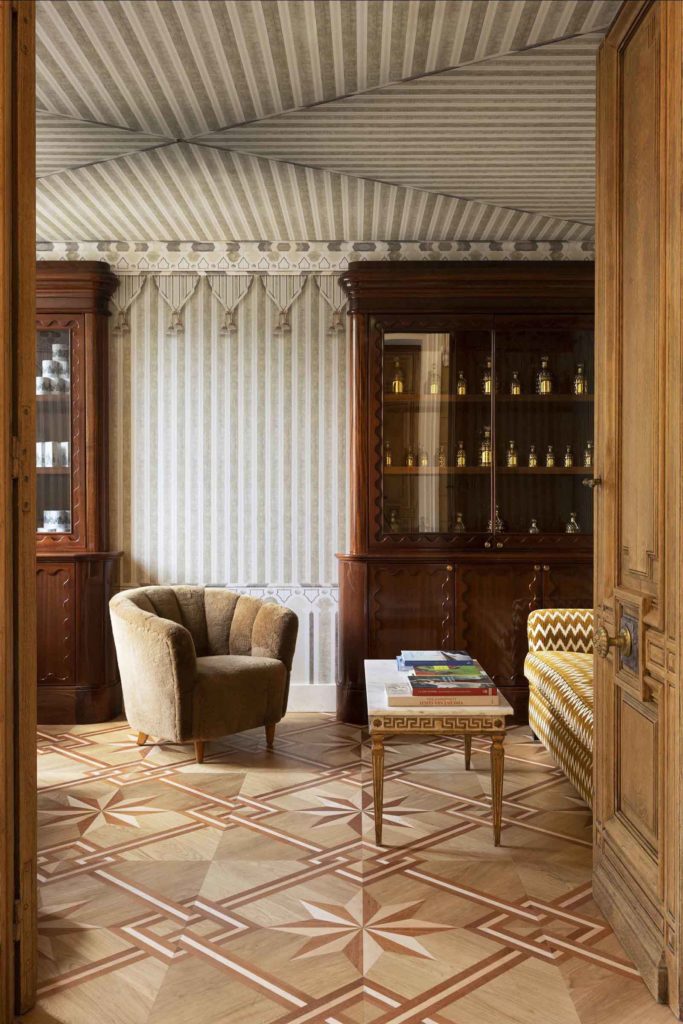 A members’ area (above left) features ‘Costermans Garden’, another chinoiserie with a tree of life design, which Gonzalez has specified in a rich chocolate brown; while a lounge area (above right) has been made cosy and inviting thanks to the trompe-l’oeil effect created by ‘Kubilai’s Tent’.

Gonzalez had worked with Iksel twice on her previous projects, La Pérouse restaurant and the Relais Christine Hotel, both in Paris.