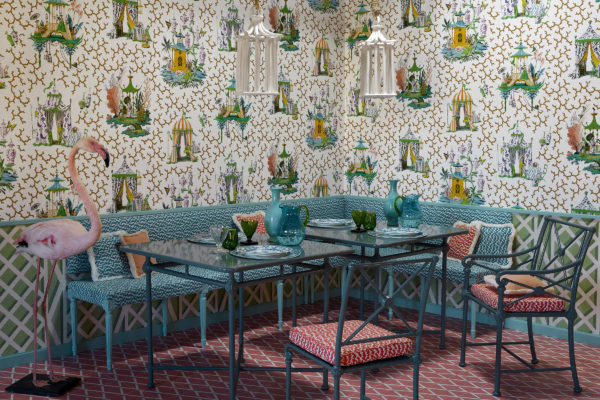 We live in an increasingly digitised world, but that makes a heartfelt letter or a beautiful thank-you card received in the post all the more special – and US stationery company Caspari sells some of the most chic paper goods on the market. Now, its has brought its eye for pattern and colour to interiors, in a collaboration with French design house Pierre Frey.

Veranda is a wallcovering collection that celebrates the East Coast garden and everything that comes with it, from landscaped lawns and flowers to pergolas. Each design showcases an eclectic mix of playful motifs, architectural forms and joyful colour palettes – a nostalgic nod to the sophistication of the 1980s and lunching in the sun, with a heavy dose of Far Eastern influences.

‘Les Folies’ (above) is inspired by artist Harrison Howard’s work for Caspari. Howard’s style is a contemporary interpretation of 18th-century chinoiserie, with a classic coral pattern, taken from a vintage textile, meandering among the vignettes of colourful tented spaces. 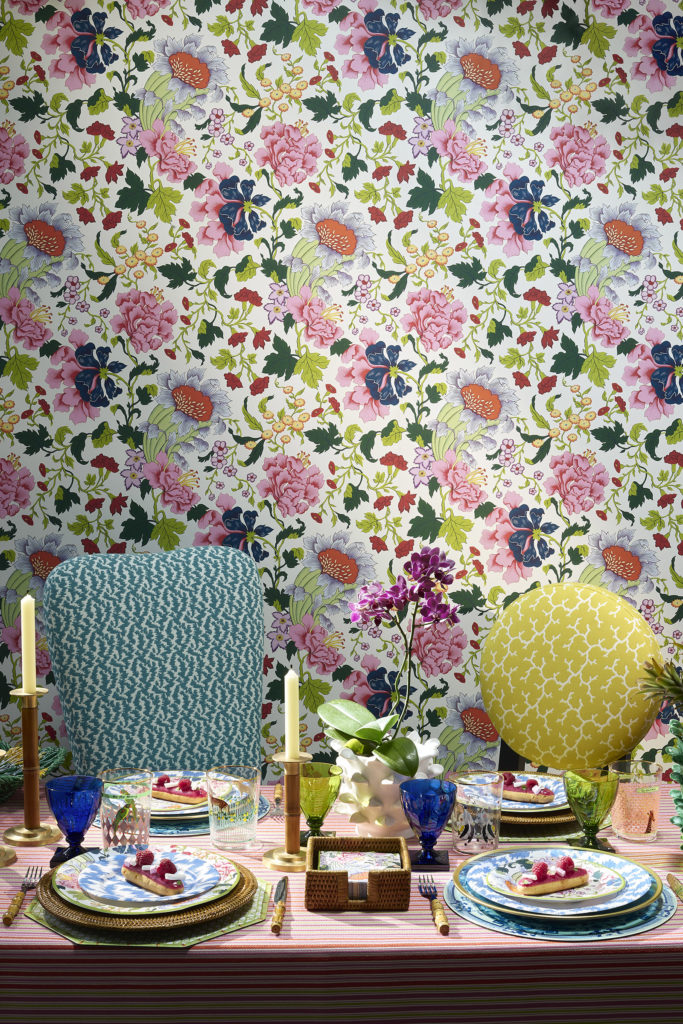 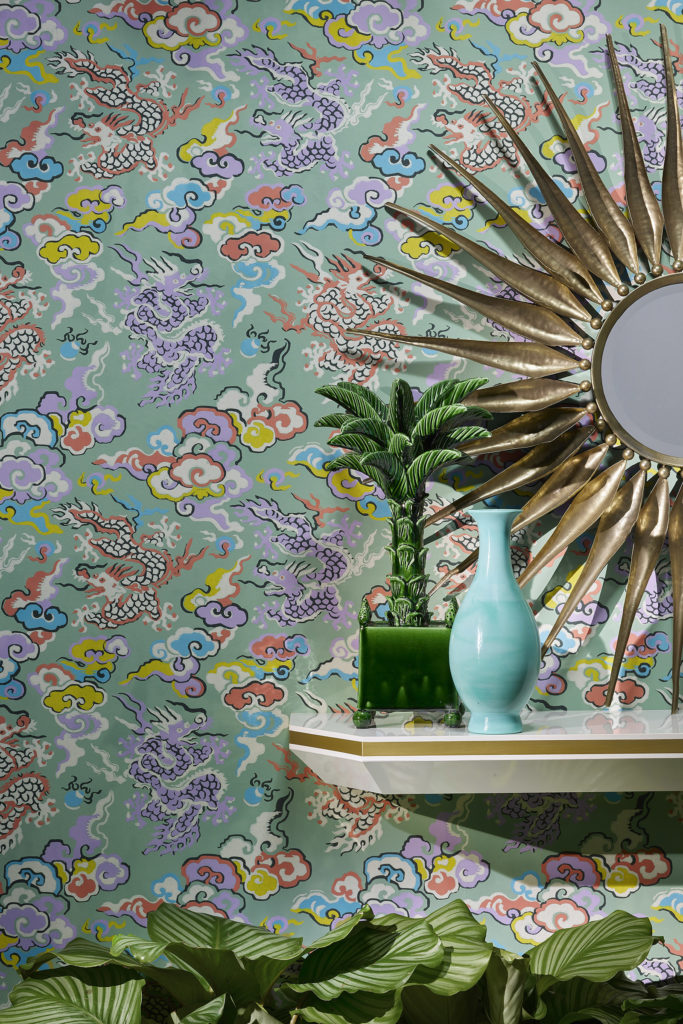 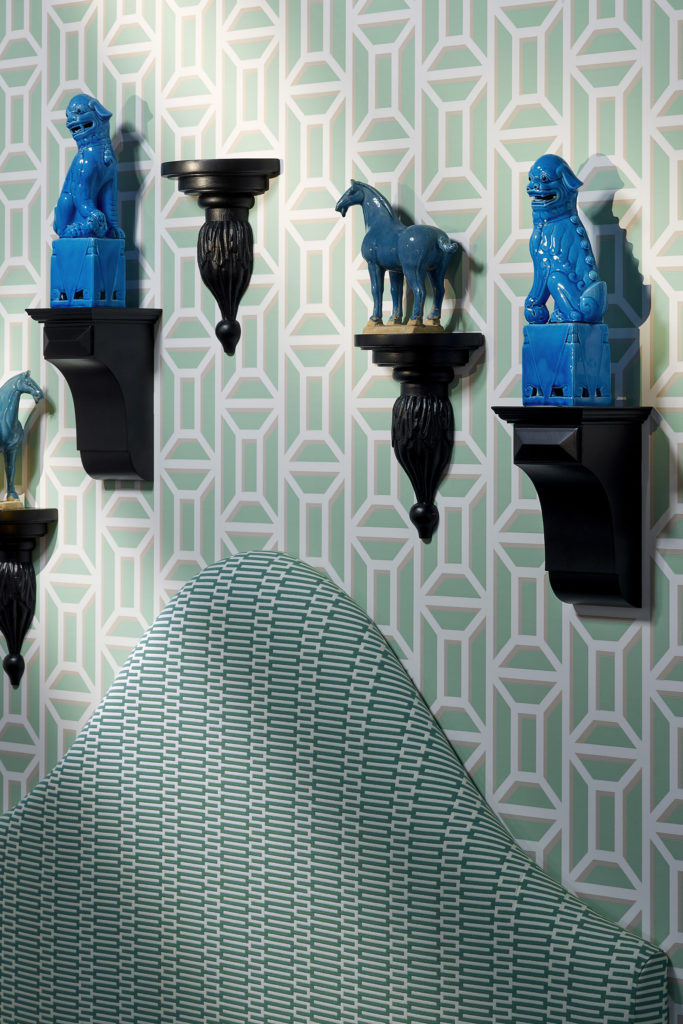 ‘Gansu’ (above left) is a timeless pattern that pays tribute to the Silk Road, depicting beautiful large flowers in full bloom; ‘Dragons De Feu’ (above centre) is an ode to Japanism celebrating the ultimate symbol of power, wisdom and strength in the Far East, the dragon; and ‘Decor Imperial’ (above right) uses a mix of matte and metallic inks to accentuate its architectural and geometric details.

The collaboration is a two-way affair, with the same patterns appearing across Caspari’s ranges of paper napkins, wrapping paper and more.