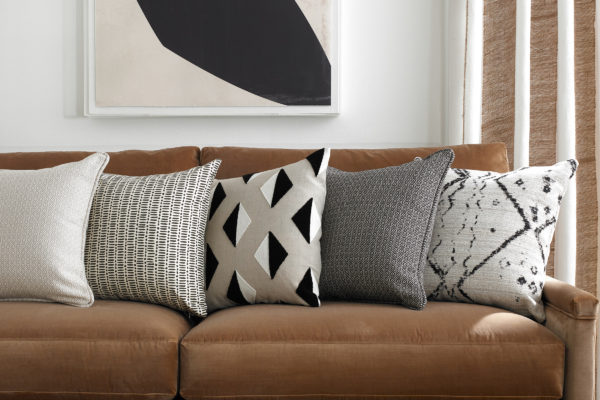 US fabric giant Kravet is known for working with the cream of American designers, from Barbara Barry to Kelly Wearstler. Two new collections cement its reputation for exciting creative collaborations: a debut by Nate Berkus, and a fourth collection by Barclay Butera.

There’s a synergy between Berkus’s Well Traveled collection and Butera’s Sagamore – both have a muted colour palette and take inspiration from the designers’ far-reaching travels – yet they each have a defined personality. As chief creative director Scott Kravet said as he introduced Well Traveled alongside Berkus as part of Focus/20’s virtual programme, “we try and bring in someone who has a complementary point of view, and who has a certain aesthetic.”

Berkus is one of the US’s most recognisable interior designers, with several books and TV shows behind him as well as a thriving design business. Well Traveled is the result of two kinds of exploration, one into Kravet’s formidable archive, and the other the result of Berkus’ magpie-like collecting habit for visual inspiration whenever he is abroad. ‘Dessau’ is a nod to the Bauhaus, yet started life as a flamboyant floral French textile; ‘Globe Trot’ (pictured above, on far-right cushion) was inspired by a Berber carpet, while there are echoes of Mexican and Peruvian embroideries in ‘Barocco Boucle’ (pictured above, on centre cushion).

Although his passion for travel has had to be subdued for the moment, he explained at the Focus/20 launch how that should not dim designers’ inventiveness. “This is an unprecedented time of creativity and resourcefulness,” he said. “We have the space and the energy to keep digging and digging – to find that obscure pottery from Belgium in the 1950s, or that African beadwork. If you have the idea in your head you can go online and do a deep dive.” 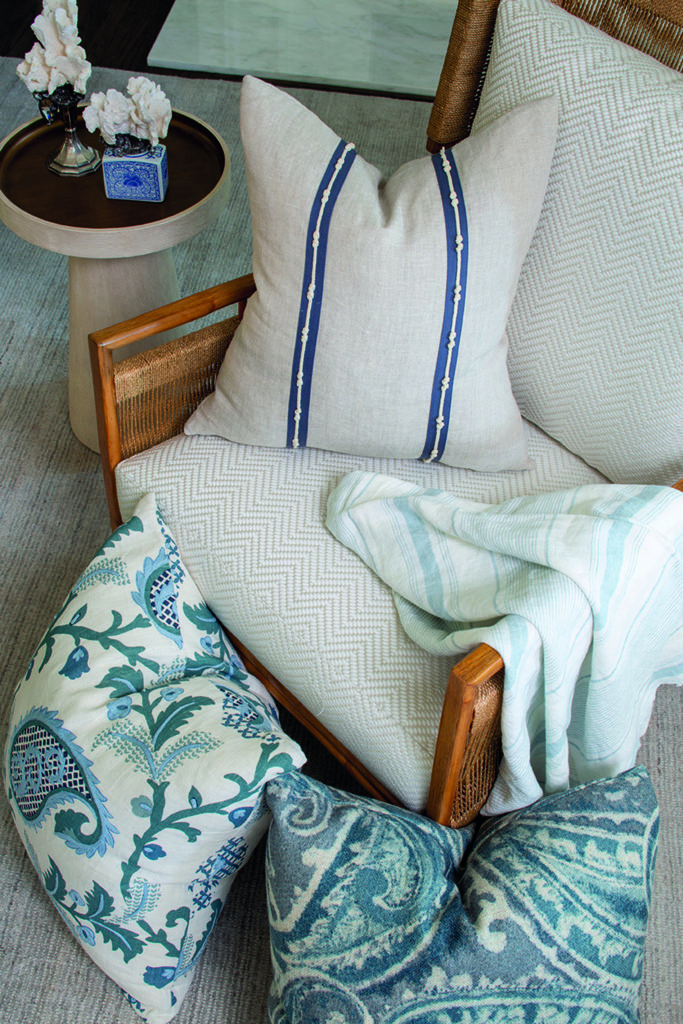 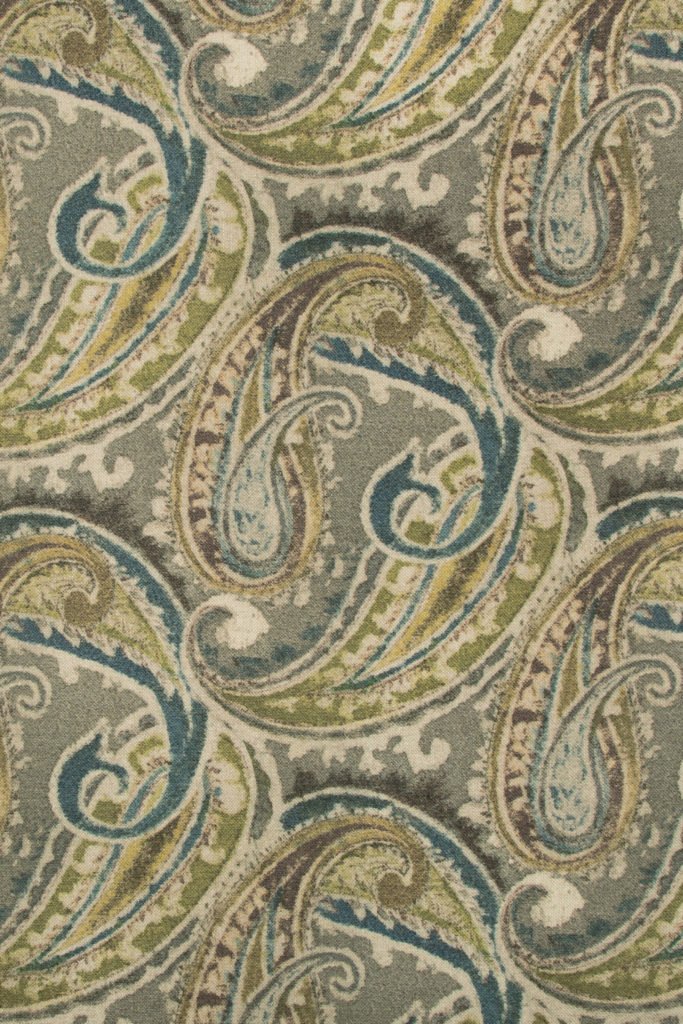 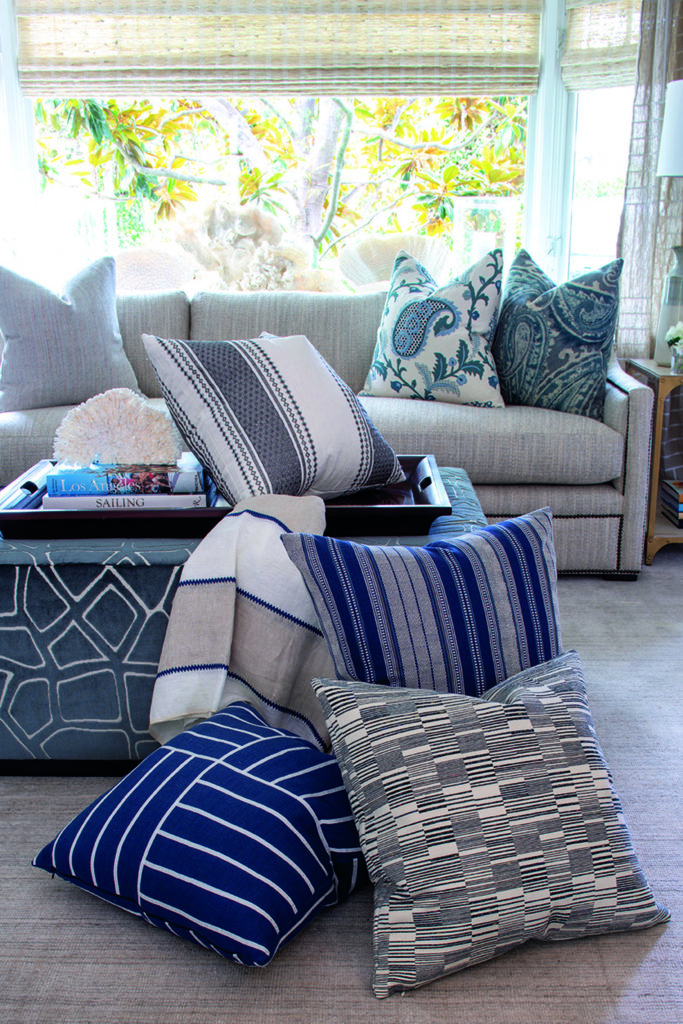 Butera’s Sagamore, meanwhile, is an assured collection that leans towards nautical influences: named after the Adirondacks resort on Lake George, it includes ‘Knots Speed’ (cushion on chair, above left) with its bowline-knot embroidery motif. Other fabrics look further afield for inspiration, such as ‘Saudade’, a printed and embroidered paisley derived from a suzani coverlet in Kravet’s archive and ‘Recreate’ (above centre), another paisley. The palette features neutrals and nautical blues, with contrasting coral and metallic accents.