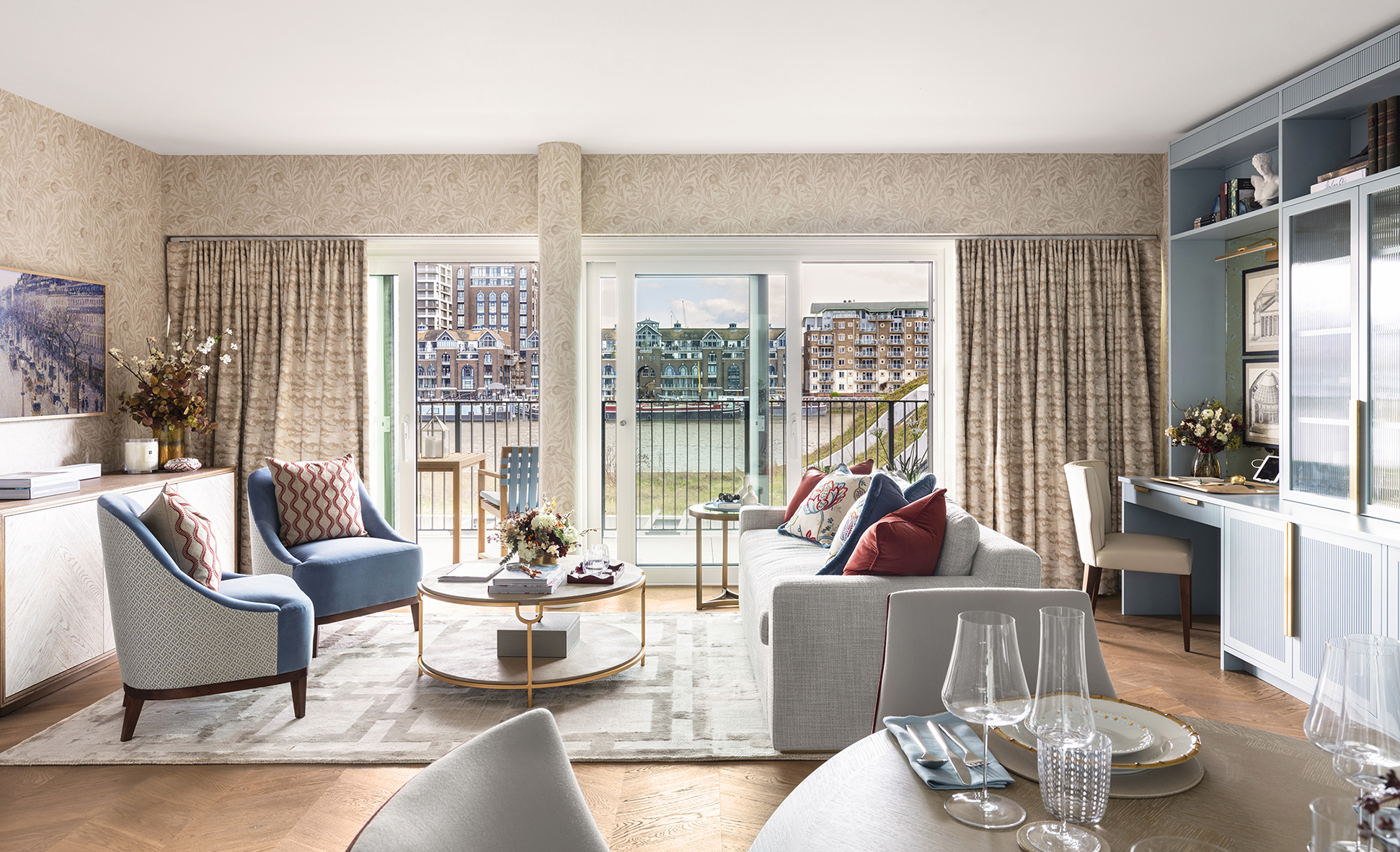 As well as having the feel of a members’ club, Riverstone’s residences include extensive amenities, a well-being centre (spa, pool, exercise studio), Maria G’s, a new neighbourhood Italian restaurant and bar open to the public, by acclaimed chef Robin Gill, private cinema, club room and espresso bar. 24-hour concierge services are available as well as on-site professional care to residents, should they require it.

Riverstone has strongly aligned brand partners such as Saatchi Gallery, the Royal Albert Hall and Jekka McVicar, including Friends of Riverstone such as Honky Design and The Senior Move Partnership.

Every aspect has been thought through and designed to help its residents stay safe and well, living “the life you want to live”.

“At Riverstone supporting local business, initiatives and community is important to us. We have strong synergies with the Design Centre, creating sensational spaces, great designs and providing exceptional spaces for our residents. Delighted to support such great creativity”

Hill House
We use cookies on our website to give you the most relevant experience by remembering your preferences and repeat visits. By clicking “Accept”, you consent to the use of ALL the cookies.
Cookie settingsACCEPT
Manage consent