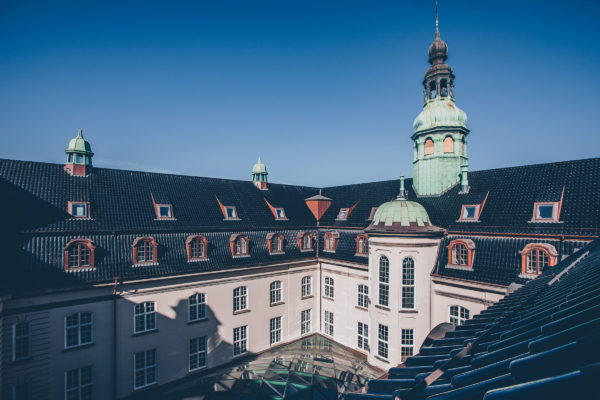 Villa Copenhagen, a new hotel in the Danish capital, is a microcosm of what’s happening in the hotel industry globally. It’s a place to stay that also needs to win the hearts of locals; and it wants its guests to do more than scratch the surface of the history and culture of the place, making them feel instantly at home even though they have come from afar. As Jo Littlefair of Goddard Littlefair puts it: “Travellers now want to experience life under the skin of a place.”

Goddard Littlefair’s new food-and-beverage focused sister company, Epicurean, was charged with the design of most of the hotel’s public spaces, transforming a 1912 building that was once the city’s Central Post and Telegraph Head Office. “The building is incredible – both in scale and historic presence,” says Littlefair. “The areas we were involved in had great ceiling heights and layers of history. In some areas we literally peeled back the wall finishes to discover, colour, texture and materials that we were then able to use as inspiration for a scheme, ensuring the story of the building of the past linked with the present and future.” 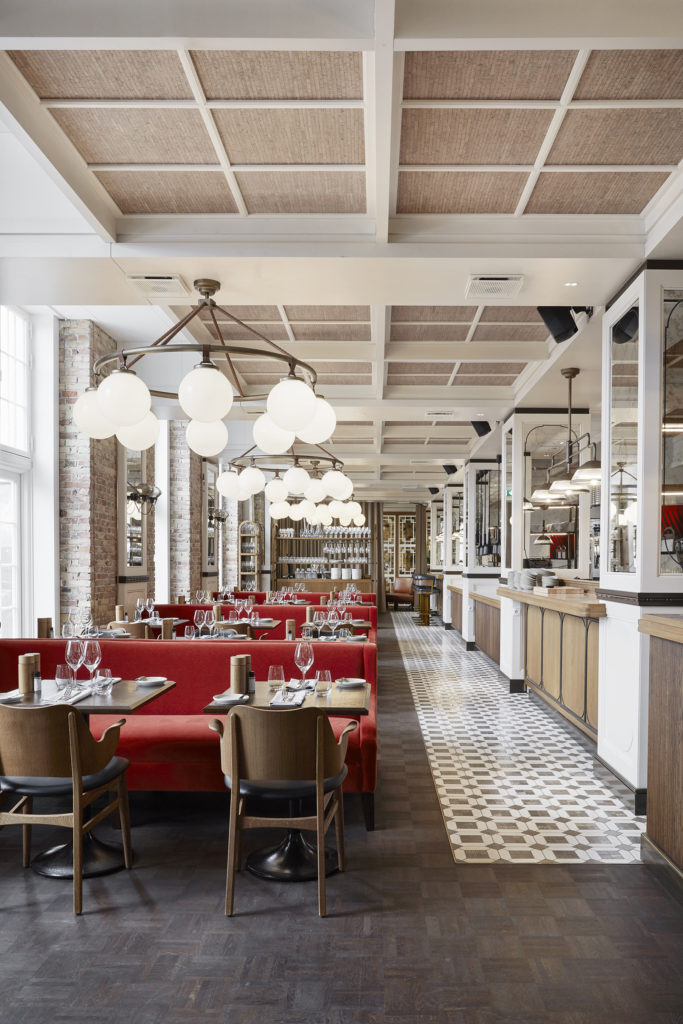 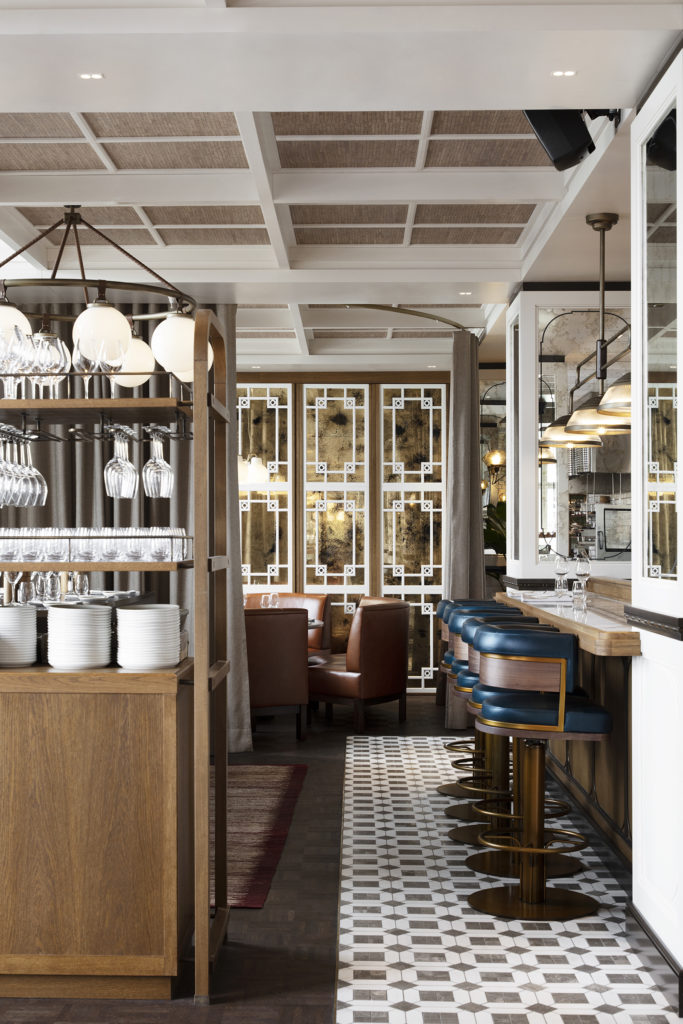 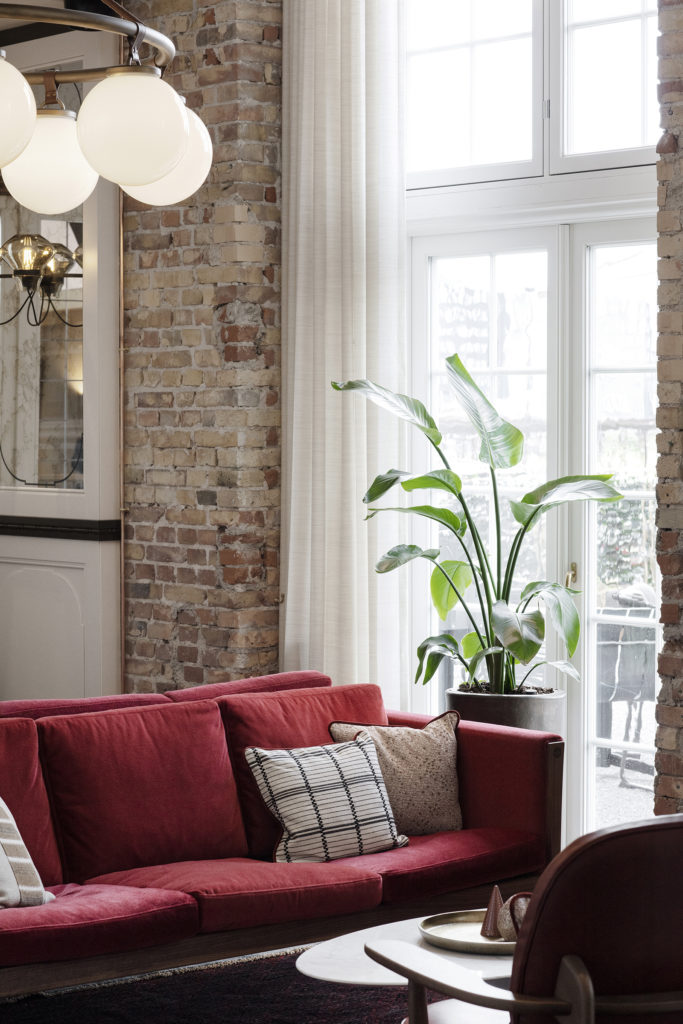 The interiors are a mixture of warm Scandinavian design, industrial elements that pay homage to the building’s past, and features that reflect the grand original architecture. The former mail-sorting room is now a breakfast room and bakery, with studded metal archways and lighting with draped flexes, while the opulent, marble-columned room that once housed the main post office is now a lounge bar, with satchel straps above the bar providing a decorative feature that references old mail bags.

As British designers working on a Danish project, there were some subtleties to probe: when the brief called for something “casual” or luxurious”, did that mean the same thing in London as it did in Copenhagen? Littlefair says that the practice also looked at how people dine out in Denmark, and designed spaces accordingly: “It’s much more normal [there] to go out for a meal as large groups, and we had to ensure we created spaces that could flex for both small to larger group sizes, without losing their ambience.” 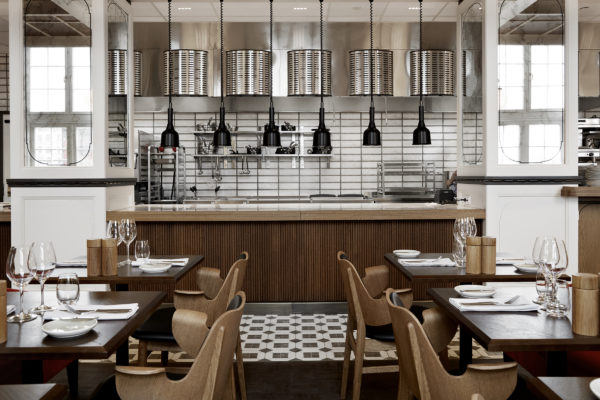 As well as its 350 rooms, Villa Copenhagen features a rooftop pool, an impressive glass-covered courtyard and several drinking and dining options, including a bar, restaurant and brasserie. All of these spaces feature fabrics sourced from Design Centre, Chelsea Harbour, including cushions by Zak & Fox (from George Spencer Designs), C & C Milano and Holland & Sherry, and bar stools upholstered in Villa Nova’s ‘Atil’ easy-clean velvet (from Romo) in a deep blue-green in viridian blue.

Littlefair says that paying an in-person visit to Design Centre, Chelsea Harbour is “often a great way for us to see things on a big scale and work out if they are the right fabric for the right accent. There’s nothing like it for opening up your mind to new things, and the tricky thing is then curating and defining exactly what you need, because it leaves you spoilt for choice.” 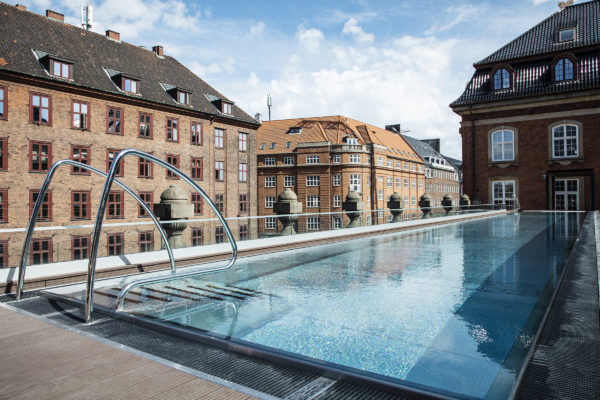 In line with how hotels are becoming highly flexible, social spaces that attract a wide circle of people beyond their guests, Villa Copenhagen is “all about what happens in the communal spaces,” says Littlefair. “You can have a different experience in each of the dining areas which have all been designed to welcome local Copenhageners as well as travellers. Not to mention the swimming pool on the roof, which will be a fabulous place to hang out and watch the world go by. It’s been an amazing journey and we can’t wait to stay!”