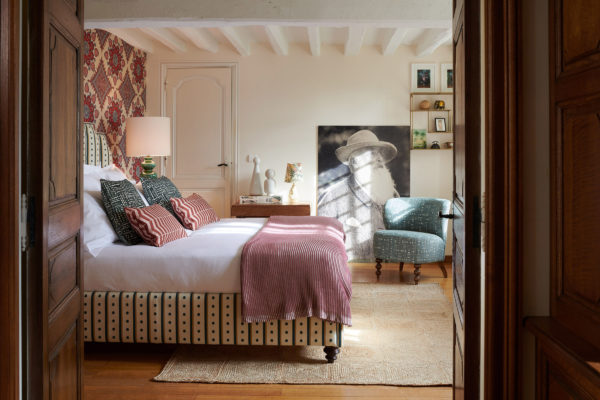 Soho House transformed the idea of what a members’ club should look like 25 years ago, with a bold sense of pattern and colour and a nuanced approach to incorporating traditional design into its eclectic interiors.

French fabric house Pierre Frey has long been a key ingredient of that look, featuring in Soho House’s ever-growing stable of outposts, from Barcelona to Hong Kong. Now, the two brands have made their mutual appreciation official, with a capsule collection of furniture for Soho House’s retail arm, Soho Home, that incorporates Pierre Frey’s textiles. 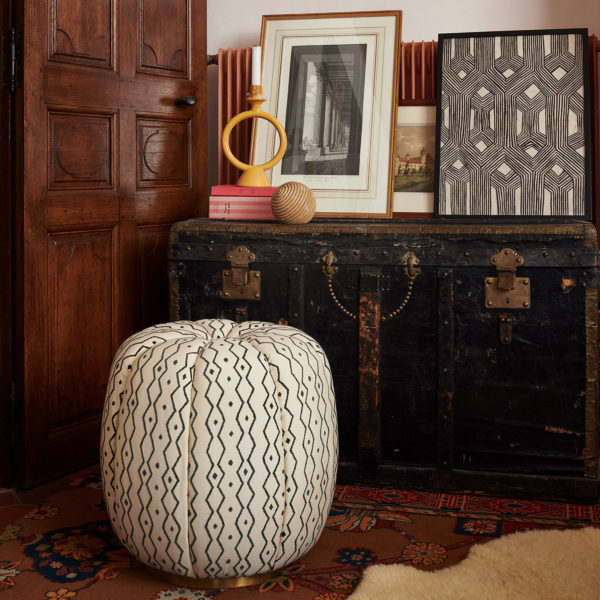 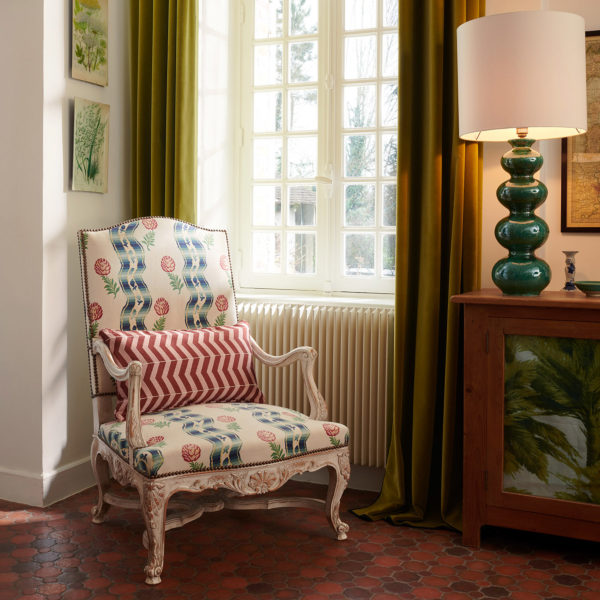 The collection makes use of the Toiles de Tours textiles by Le Manach. These woven fabrics were conceived in the 1920s as an alternative to expensive silk jacquards, and are available in 115 designs, 220 colours and three textures: Soho Home’s designers were free to delve in to the archives and play around with the scale and colour of the original patterns to make them suitable for some of its signature pieces, including the ‘Les Perles’ bed, inspired by a Louis XVI-era original, and the curvy, pumpkin-shaped ‘Zanzibar’ footstool. 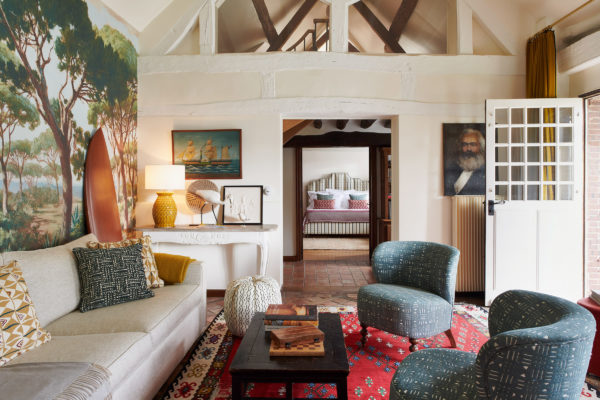 “This collaboration is a meeting of minds and we’ve enjoyed taking a daring approach,’ says Soho Home’s design director Siobahn Farley. “Having the added benefit of being able to design your own pieces is brilliant and the end result is a collection that is accessible and adaptable, offering unique designs we can really own.” 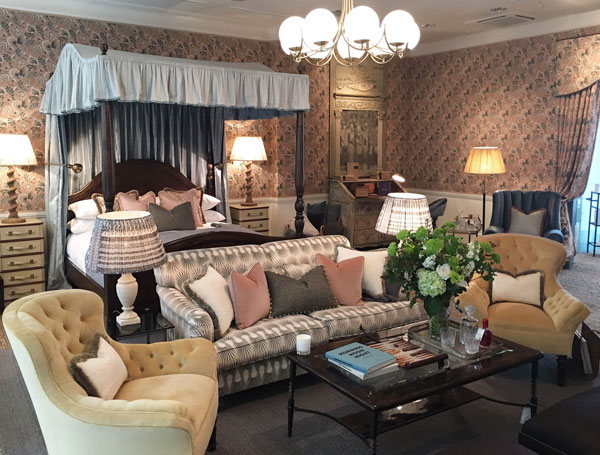 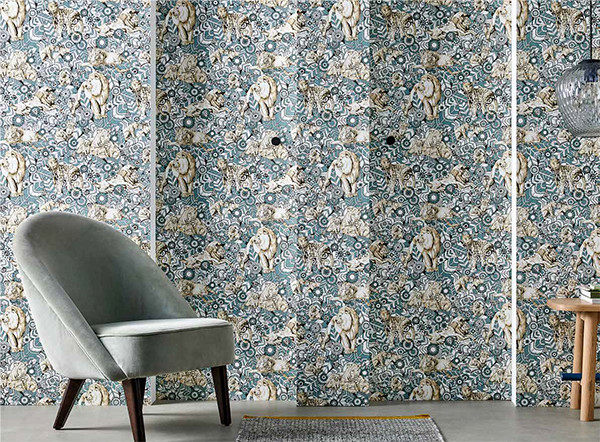 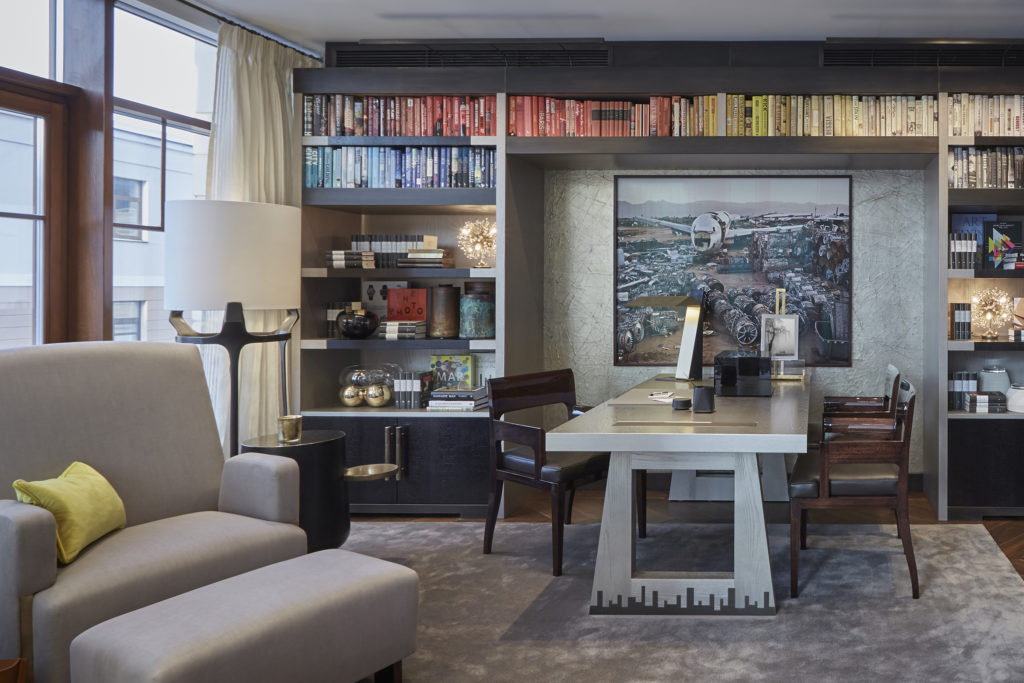 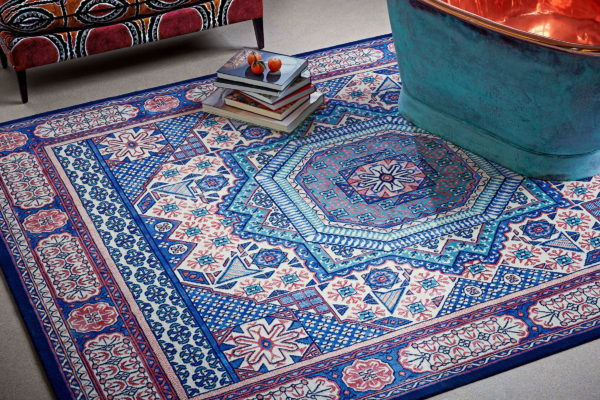