Paris’s jewel of a hotel, Le Meurice, reopened in September, and with it came the opportunity to enjoy one of the city’s best suites. The seventh-floor penthouse, La Belle Etoile suite, has a view so good that the hotel live-streams it on its website 24 hours a day – but the interiors, recently redesigned by young French duo Lally & Berger, are something to behold as well.

“Our goal was essentially to create a suite where you feel good and don’t want to leave,” says Margaux Lally, co-founder of Lally & Berger alongside Luc Berger. “We wanted to maintain a warm, convivial spirit, rather than create a conceptual space with a ‘wow’ effect – to transmit a notion of entertaining and art de vivre à la française.” 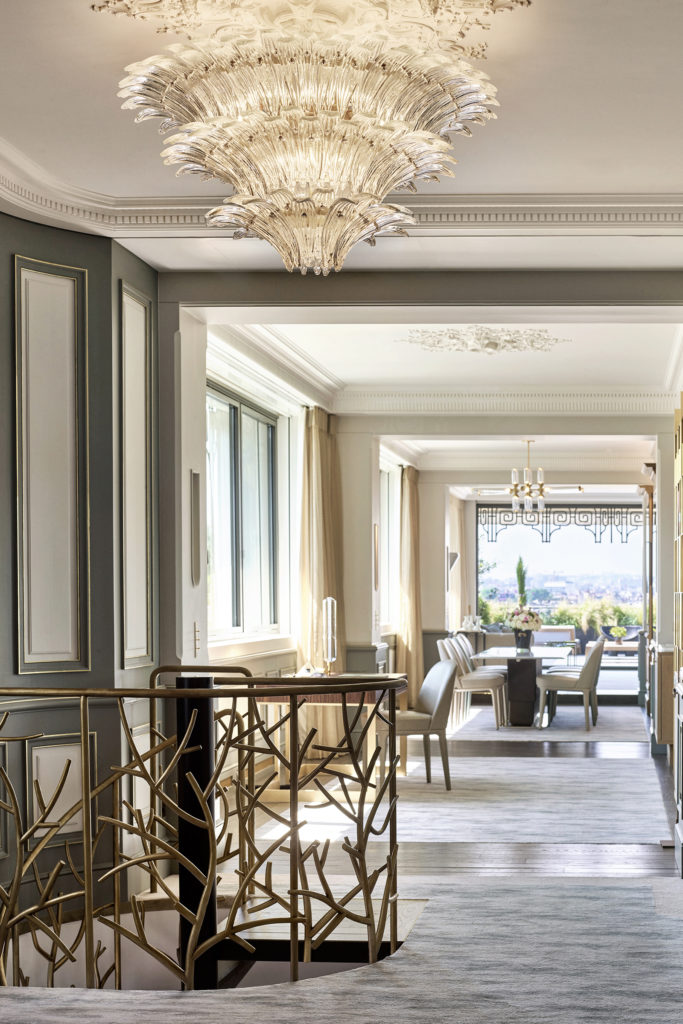 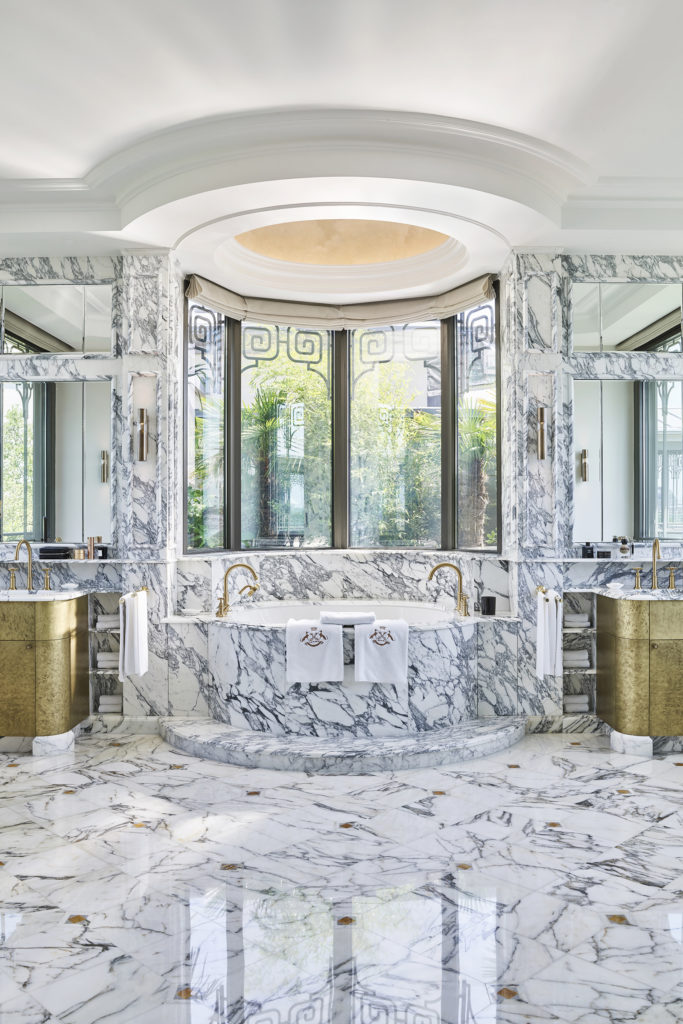 To create this luxurious but still domestic look, the studio took inspiration from Paris’s smartest townhouses, incorporating marble thresholds, chevron-patterned parquet, wood panelling and gilding. The pleasure of occupying the space comes not from being surrounded by ostentation but carefully crafted details, hand-made objects and the use of the very best materials.

Several brands to be found at Design Centre, Chelsea Harbour have been incorporated into the scheme, including fabrics by Holland & Sherry, Dedar, Zimmer + Rohde, Créations Métaphores (available at Abbott + Boyd) and Rubelli, plus trimmings by Houlès. 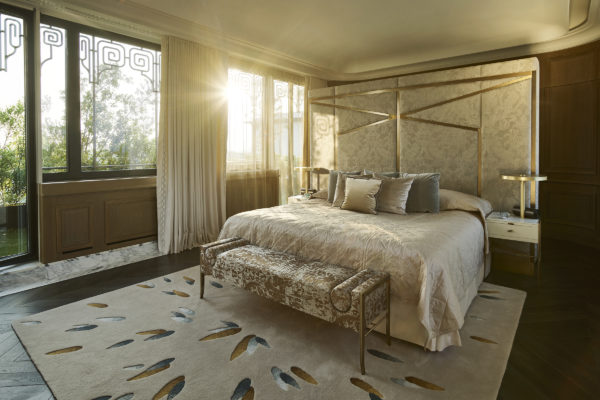 “Rather strangely, many of the windows were previously blocked up, notably in the bedroom,” says Berger. This is highly unusual given that the suite has one of the city’s best views, taking in the Tuileries, the Centre Pompidou, the Louvre, the Eiffel Tower and the dome of Les Invalides, with a different vista from each room (the sumptuous marble bathroom overlooks the Sacré Coeur in Montmartre, for example).

Lally & Berger felt that their role was to accentuate what was outside as well as create a cosy atmosphere within: “You have the impression that you’re all alone in Paris with the city at your feet and it’s as if all its monuments were there just for you. You never get tired of looking at them,” says Berger of the view. 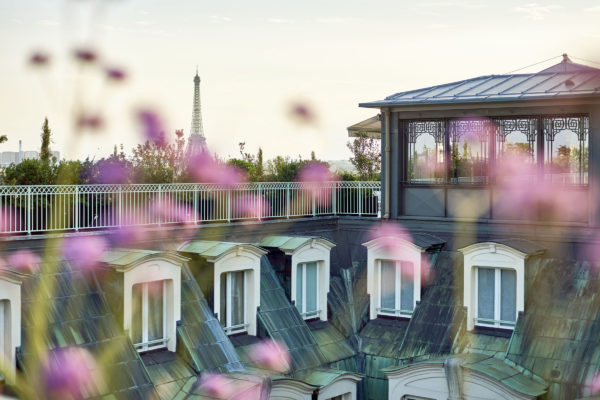 Outside, there’s an extensive roof terrace, with planting by landscape designer Pierre Alexandre Risser that mirrors the Tuileries beyond. The crowing glory of what was already a highly prestigious hotel, the suite no doubt fulfils Lally’s goal for a space that you’d never want to leave.