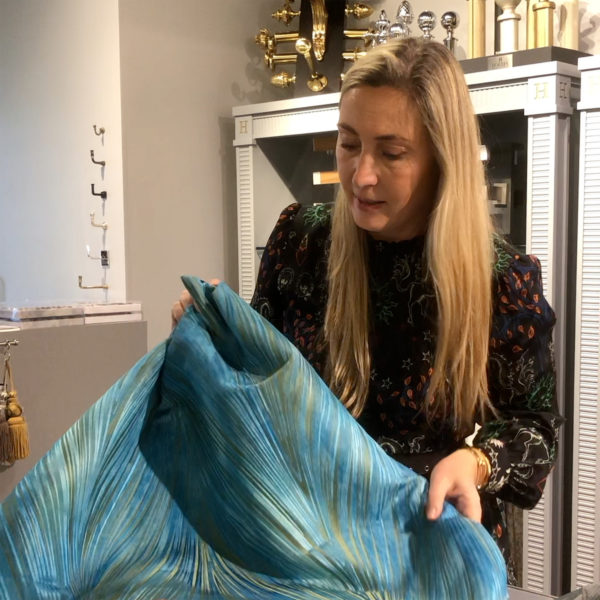 Designer Karin Sajo launched a new fabric collection at Houlès during London Design Week 2020. Inspired by the glassmaking traditions of northern France – and in particular, its heyday in the early 20th century – she has managed to translate the colour and luminosity of glass into textiles.

The designs are named after celebrated glassmakers, including jacquards ‘Leveillé’ (which the designer is pictured holding above) and ‘Lalique’, whose fan-shaped motif takes its design cues from a 1932 vase: “it has a kind of transparency on the surface, related to how the glass plays with light,” says Sajo.