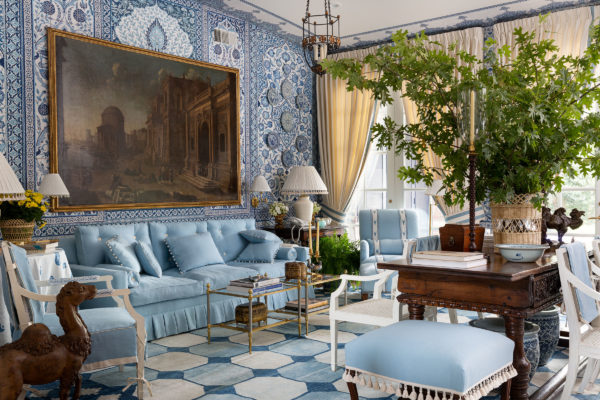 The Kips Bay Decorator Show House has been an unmissable date on the US design calendar since the mid-1970s: A-list decorators are charged with transforming a room each in an upscale home, with the money raised by paying visitors going to charity. The initiative recently expanded to locations further afield from its original Manhattan home, with Dallas the latest in line.

Mark D. Sikes’ living room scheme for the house has proved one of the highlights, not least because its sumptuous wallcovering, a customised version of Iksel – Decorative Arts’ tile-motif ‘Iznik’ design. Iksel’s speciality lies not only in taking incredible original artworks and making them available digitally, but in being able to adjust each design to exactly suit a space. In this case, Sikes opted to remove a tree-motif pattern from the design, and change the colour palette to blue and white. 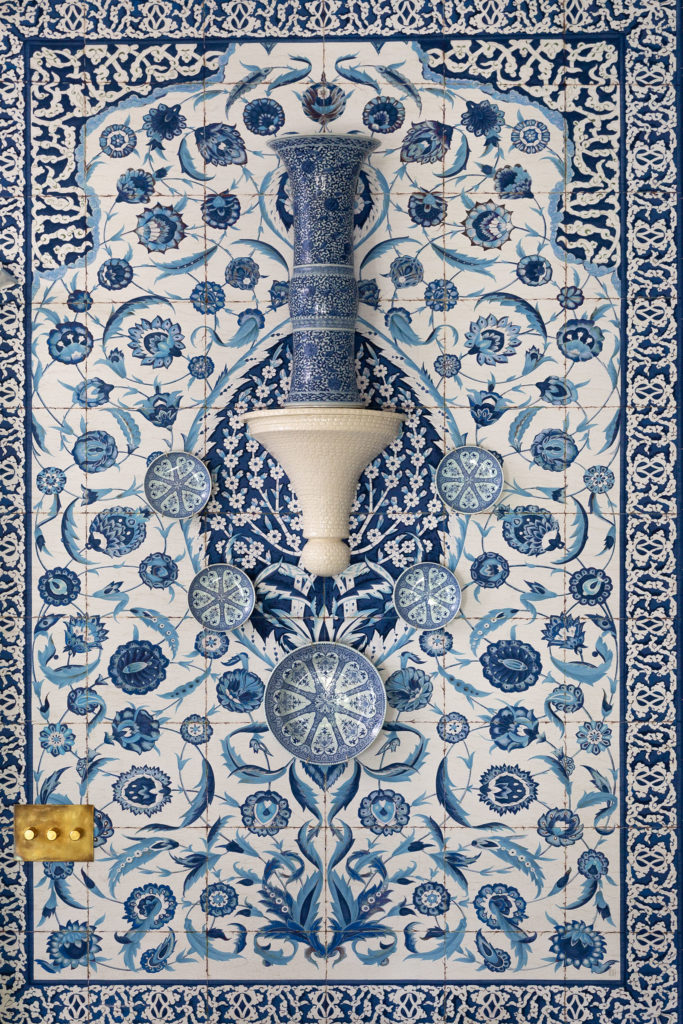 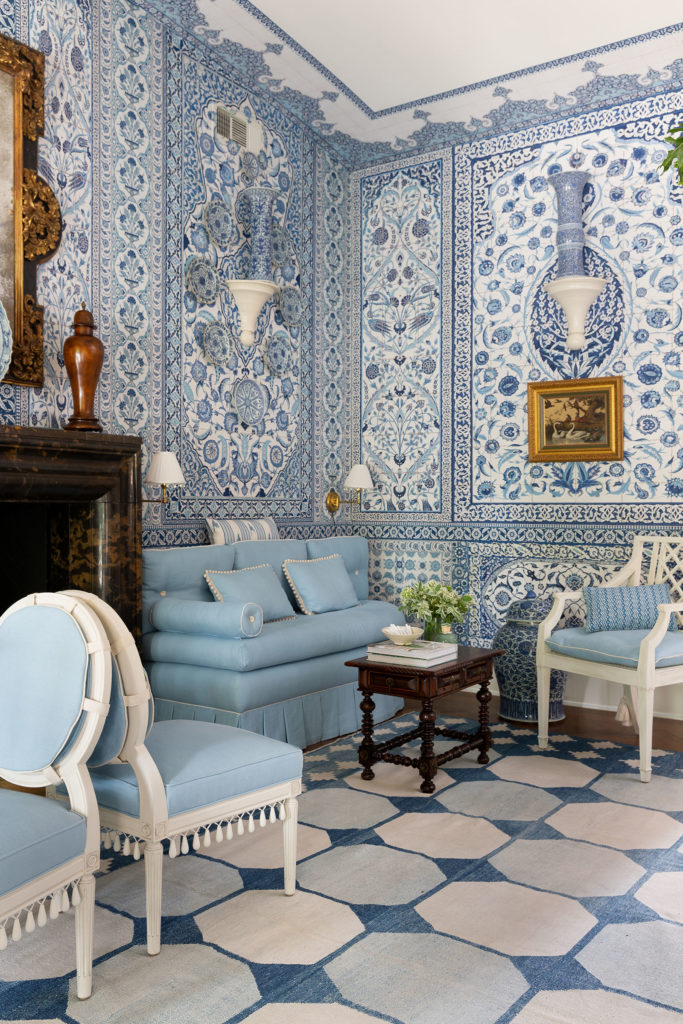 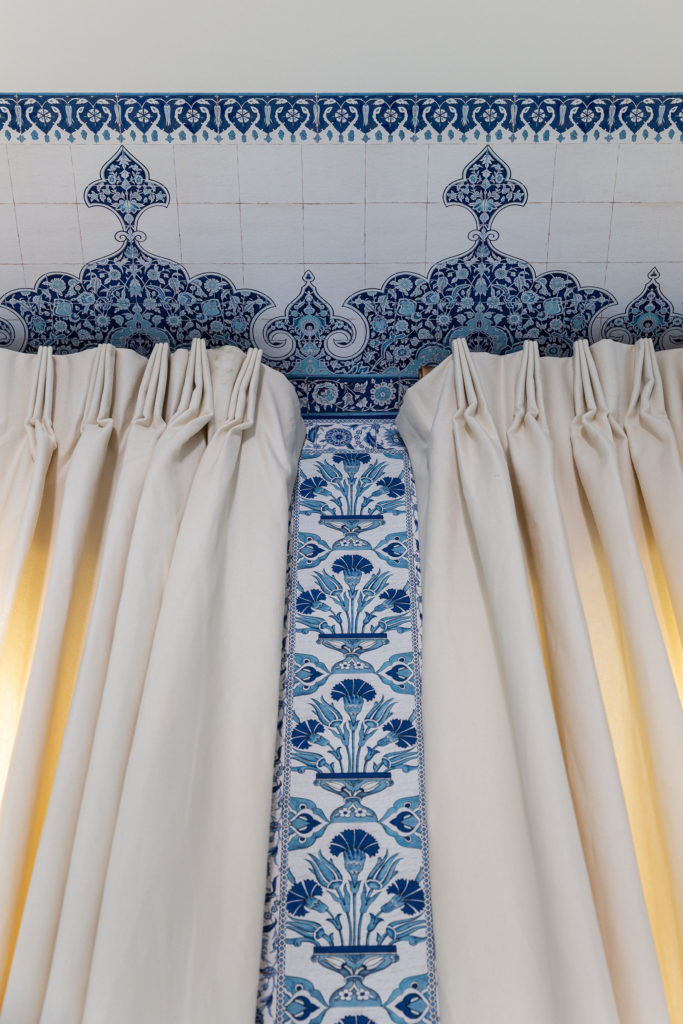 The designer drew inspiration from the French Riviera villa La Fiorentina – a 20th-century magnet for celebrities such as Elizabeth Taylor, which was decorated in the 1960s by legendary US designer Billy Baldwin. Alongside the Iksel wallcovering, the Dallas living room features Sikes’ own furniture collection, upholstered in fabrics from Schumacher with Samuel & Sons trim, and a host of antiques, including traditional blue and white ceramics that echo the scheme at La Fiorentina.

Mark D. Sikes took part in Focus/20’s virtual programme, talking about scenic wallcoverings, including this project, with Dimonah and Mehmet Iksel. Watch the masterclass again, hosted by The World of Interiors,  here.