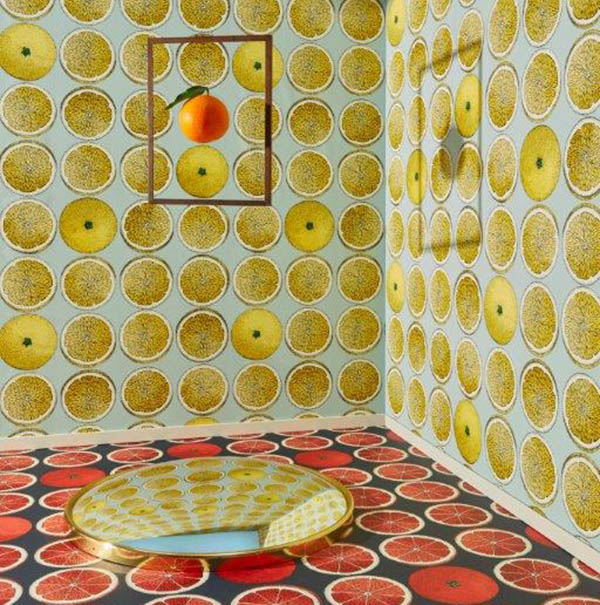 Piero Fornasetti is referred to as the “designer of dreams”, and his visual universe of surrealism-tinged illustrations is instantly recognisable. He was also a purveyor of furniture and other objects that blurred the boundaries between art and design, long before such an idea took flight elsewhere. Cole & Son’s Senza Tempo collection is the fourth time that the two brands have collaborated, keeping Fornasetti’s legacy current with some patterns adapted from existing designs (but never available before as wallcoverings), and others re-coloured, given a change of scale or otherwise reimagined. The results include ‘Arance’ (pictured) with its motif of repeated citrus fruits originally seen on a 1950s design for a tray; ‘Cocktails’ a trompe-l’oeil depiction of endless bar-shelves of glasses, spirit-bottles and shakers (originally a design for an ice bucket); and ‘Nuvolette’ a scaled-down version of the iconic ‘Nuvole’ mural of scudding black-and-white clouds.