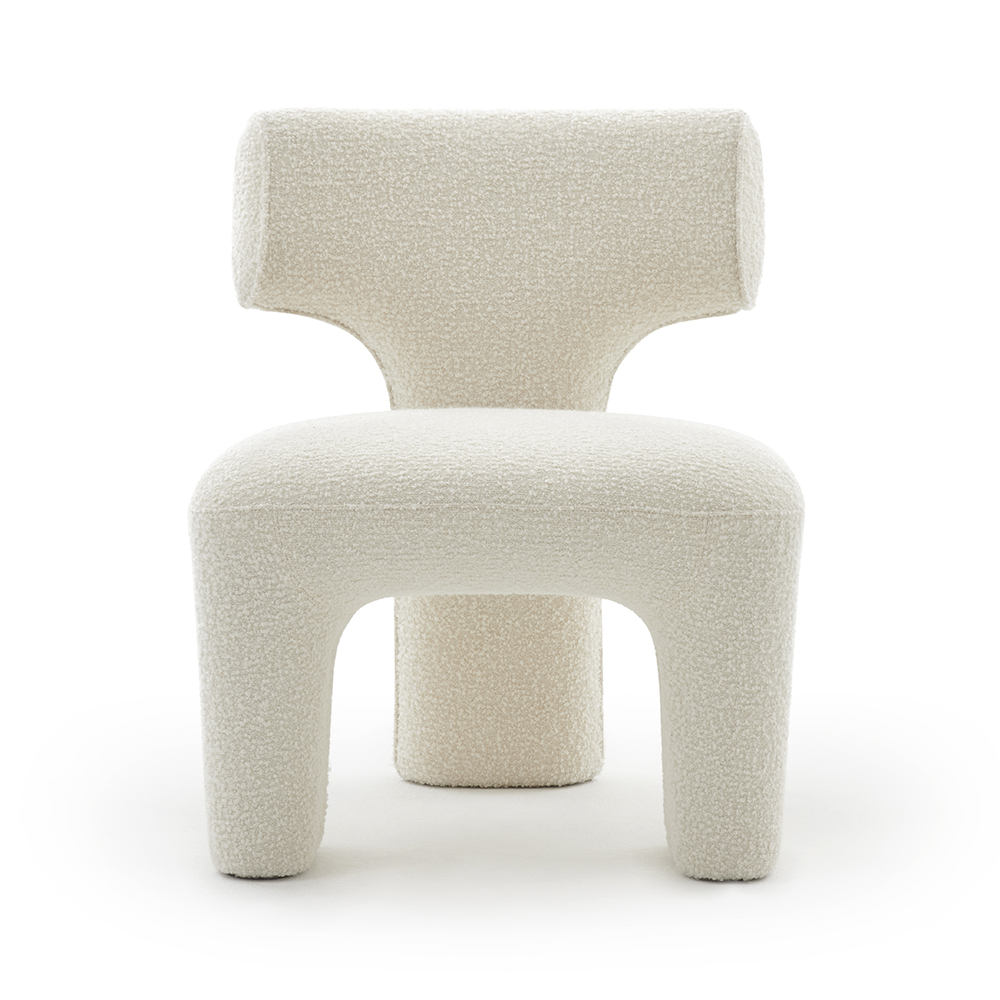 Posted at 09:21h in Uncategorised by Emily Brooks 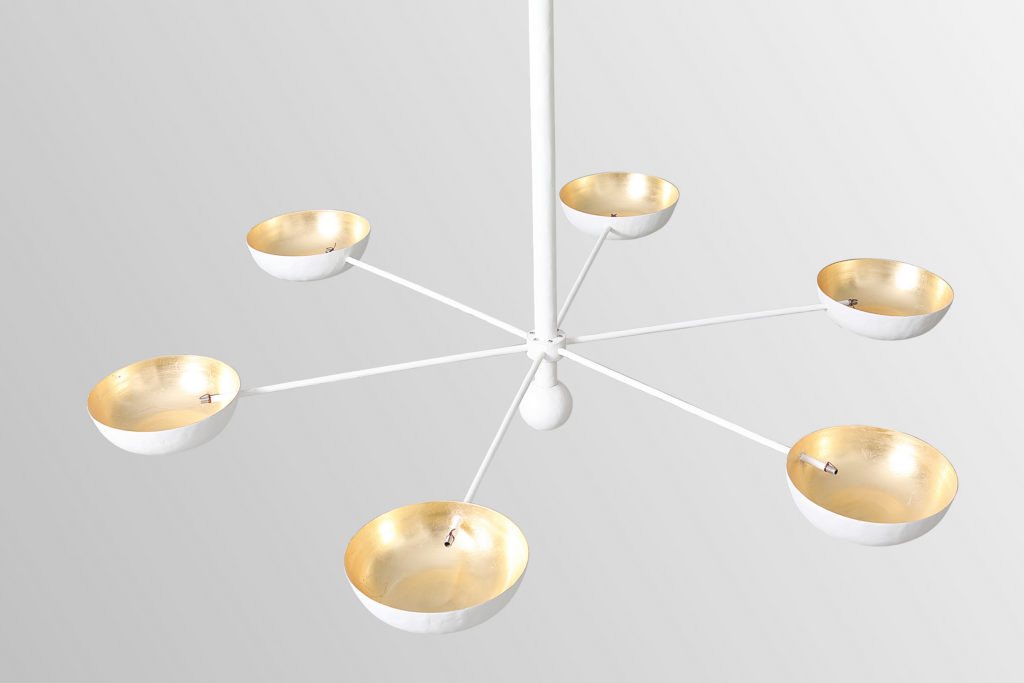 As new launches at Focus/21 demonstrate, white is fresh, simple, timeless – but when combined with sculptural shapes in an interiors scheme, it can also be intriguing and exciting as the play of light becomes an integral part of the drama. Take a lead from great French 20th-century designers such as Serge Roche and Jean-Michel Frank, both of whom raised the technique of cast plaster to artistic new heights – although ceramic, cast resin and soft furnishings can all create equally interesting results. 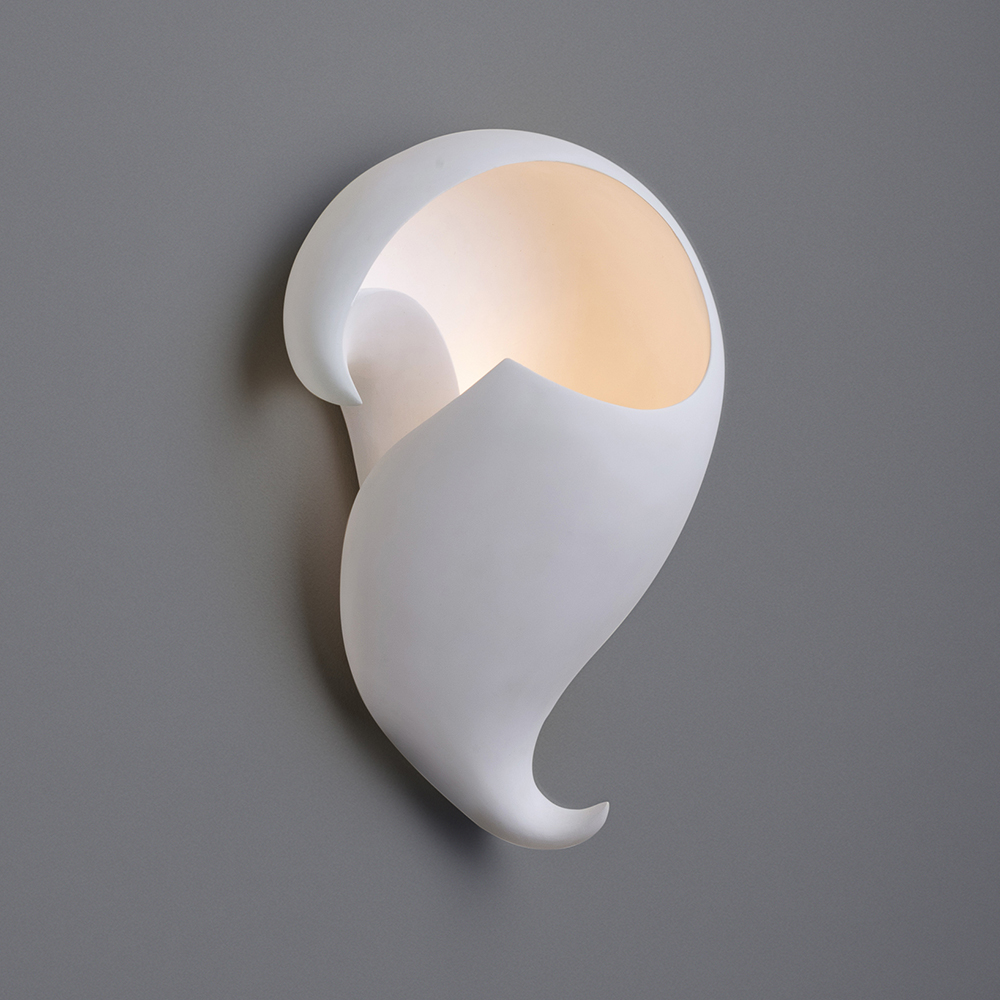 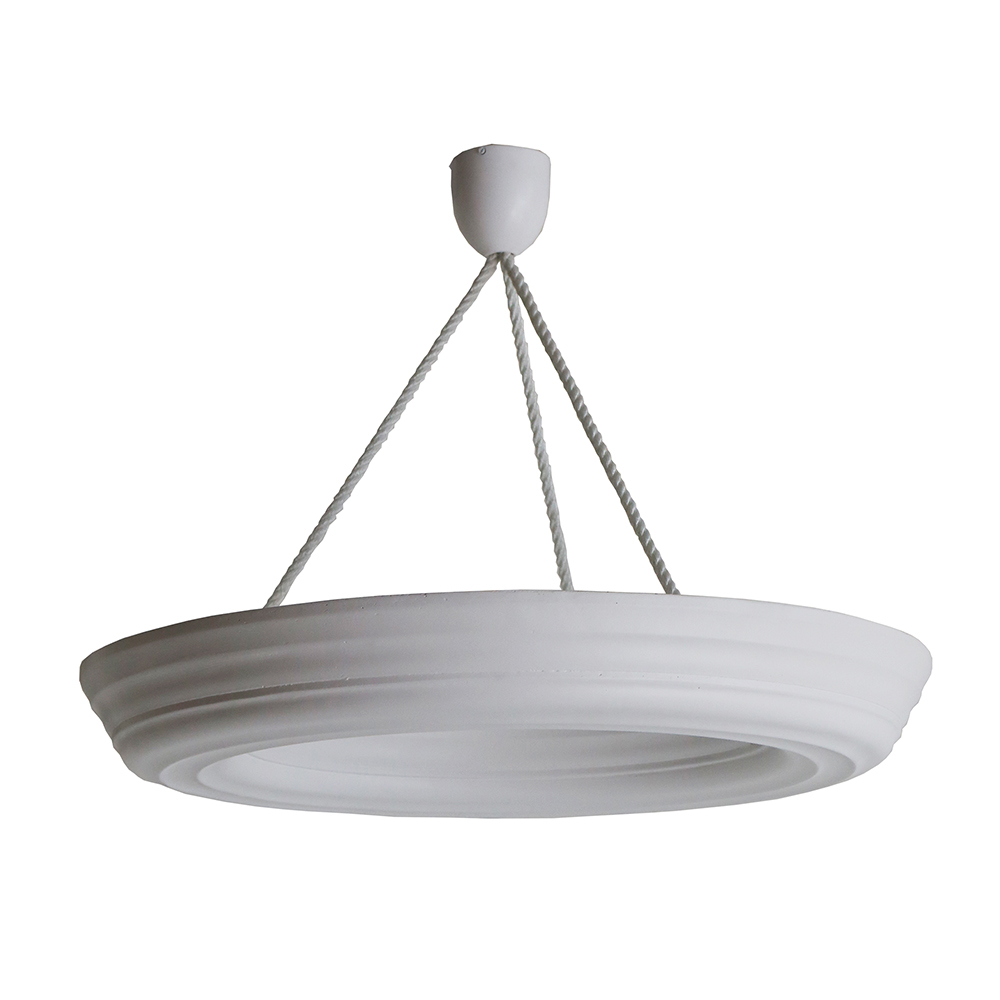 This look lends itself beautifully to lighting, where the artificial light can rake over the surface, dramatically emphasising unusual textures or interesting forms. Available in a left- or right-handed version, ‘Aloe’ (above left) was designed by South African sculptor Astrid Dahl for Alexander Lamont; the hidden bulb gives it a mysterious glow, changing its mood whether lit or unlit. Paolo Moschino for Nicholas Haslam Ltd’s ‘Astral’ ceiling light (above right), is a whirlpool-like ring of cast plaster hung on three ropes, while Julian Chichester’s ‘Dove’ chandelier (pictured top) features six arms holding glimmering gold-lined bowls. 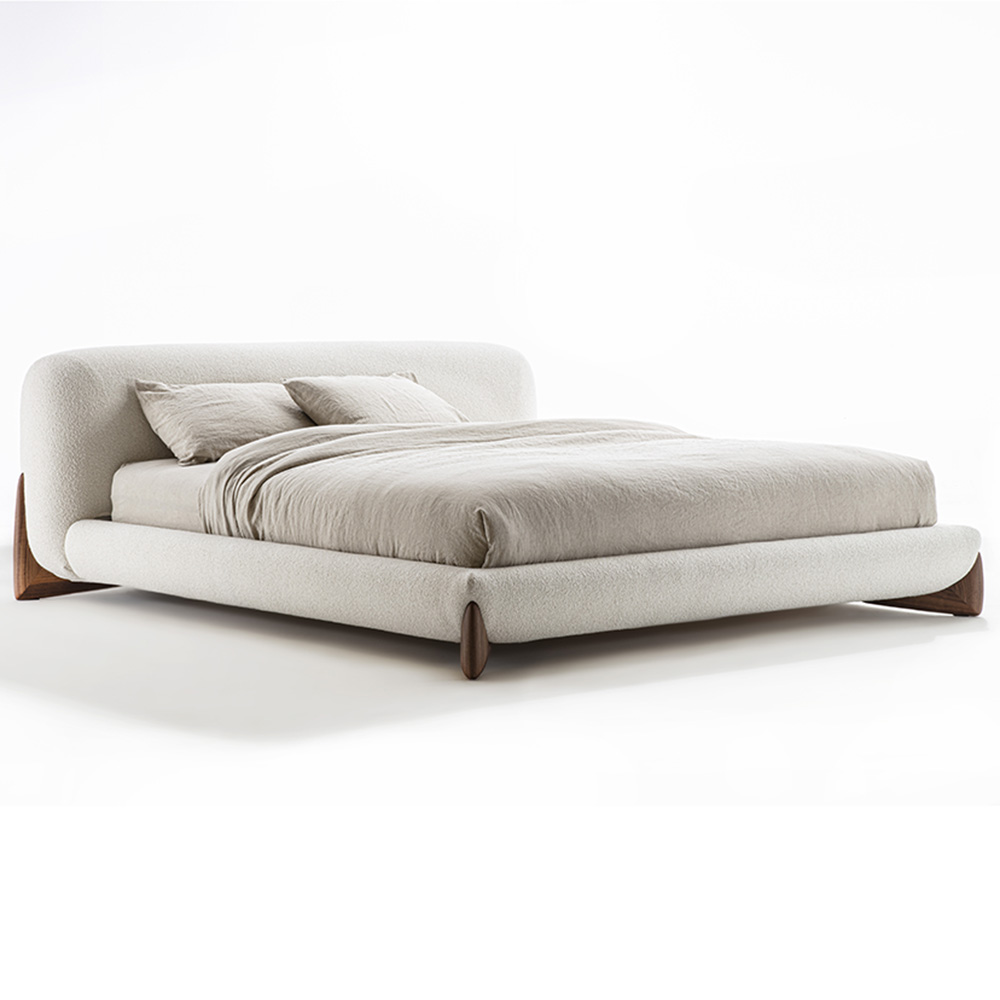 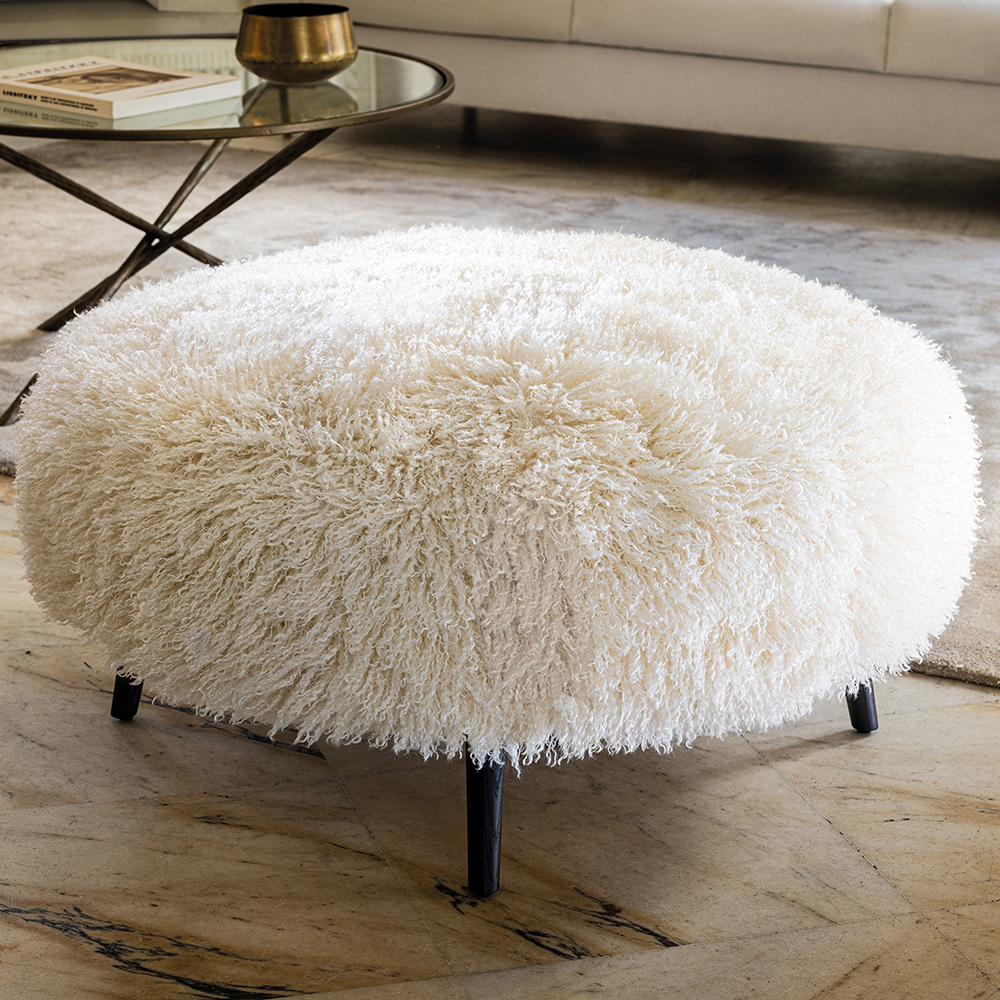 Soft can be sculptural, too, such as Porada’s ‘Softbay’ bed, whose gently padded curves contrast with decorative walnut feet. Textural fabrics such as bouclé are the fabric of choice for upholstering shapely furniture, showing off curves to the max while still providing comfort, and, like lighting, giving a nod to classic French mid-century style. See the ‘Litho’ chair designed by Guillaume Delvigne for Pierre Frey (above left) for a wonderful example, or go for full-on texture with shaggy sheep- or goat-skin, real or faux: Misia’s ‘Azur Cotonneux’ (above right) available from Colony, is a soft to the touch long-haired faux angora. 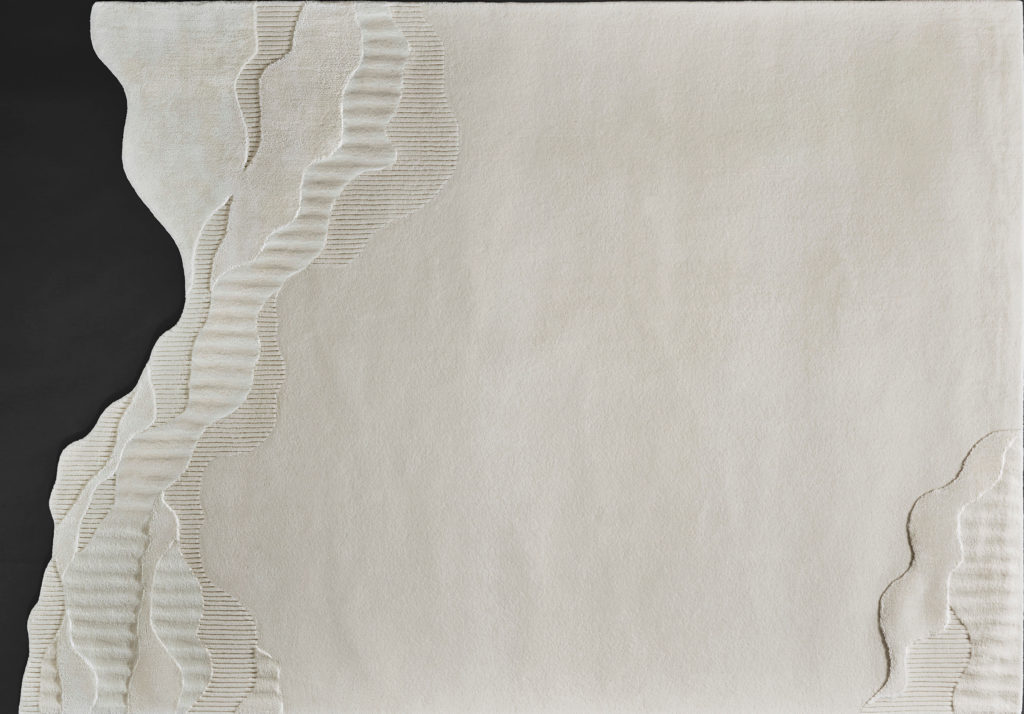 Topfloor by Esti’s Wintertime collection demonstrates what founder and designer Esti Barnes does best: highly sculptural rugs that appear magically carved, rather than woven. The new pieces are all in white, their undulating surfaces inspired by the coldest months – melting ice, blankets of snow and sharp icicles – including ‘Tundra’ pictured above.