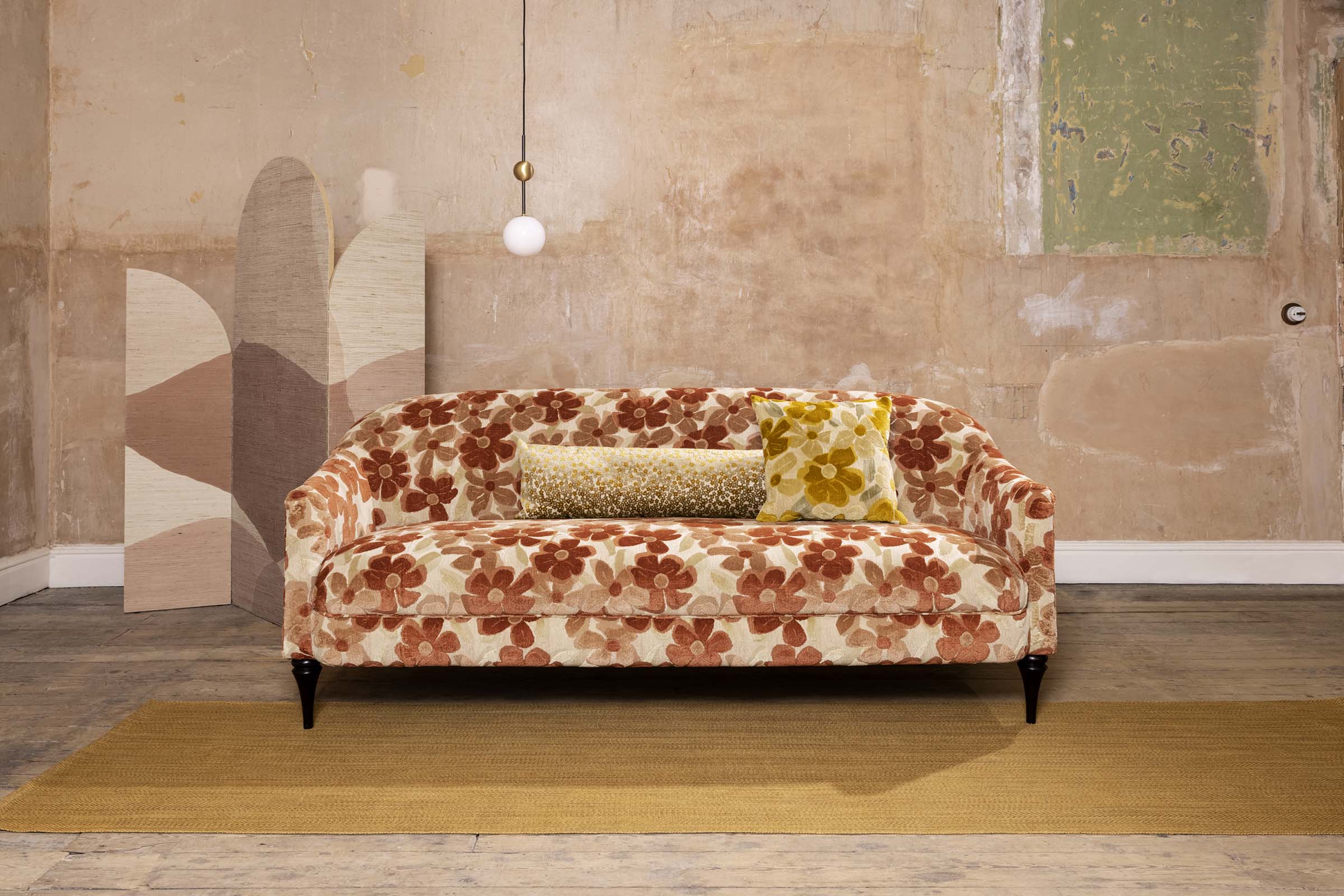 Posted at 09:02h in Uncategorised by Emily Brooks 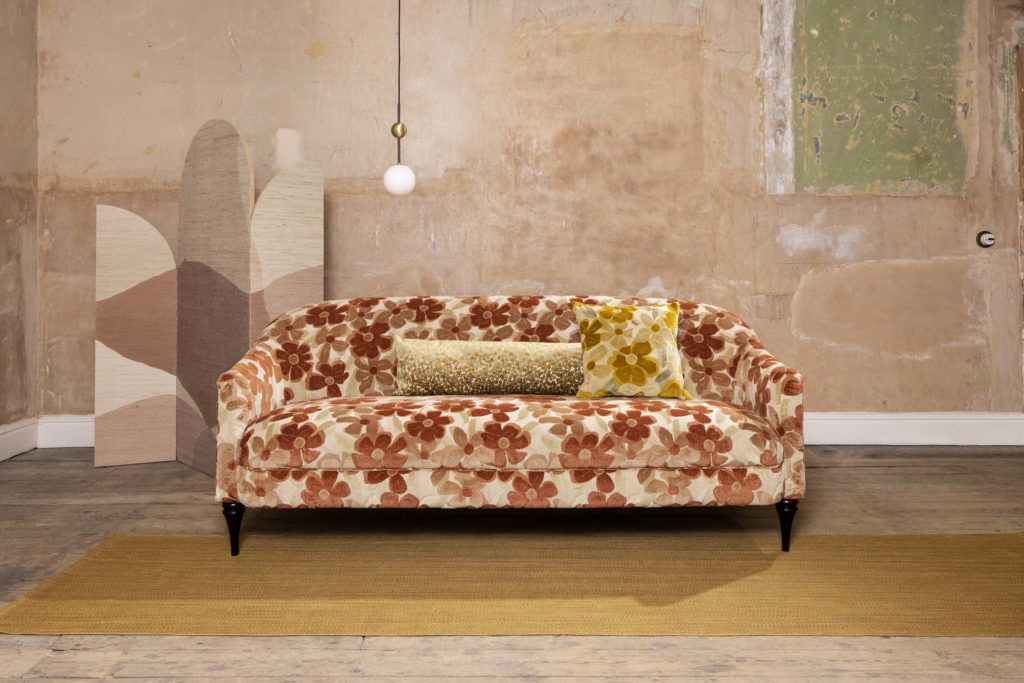 Psychologists say people look back affectionately in times of transition – when the present feels bumpy, you revert to happier, carefree times. This year, the 1970s is back, not only on the catwalks, but also in music: think Harry Styles in those Gucci tank tops or the dancefloor escapism of Dua Lipa’s Future Nostalgia album.

For interior design, the 1970s is not about rigid recreation, but inspiration. Forget hippy chic: this is more about evoking good vibes in an era of cultural shifts, when serious glamour ruled at Studio 54, and going out, dressing up and dancing until the small hours meant liberation. 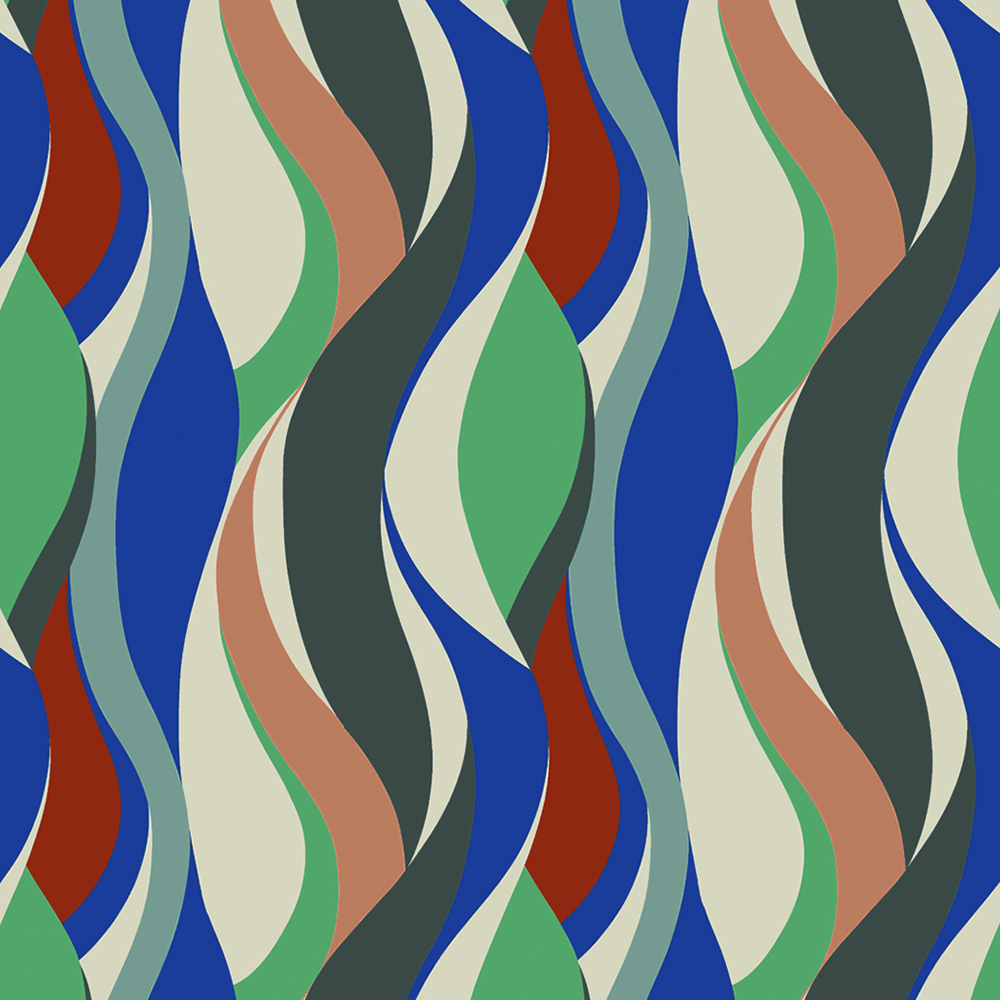 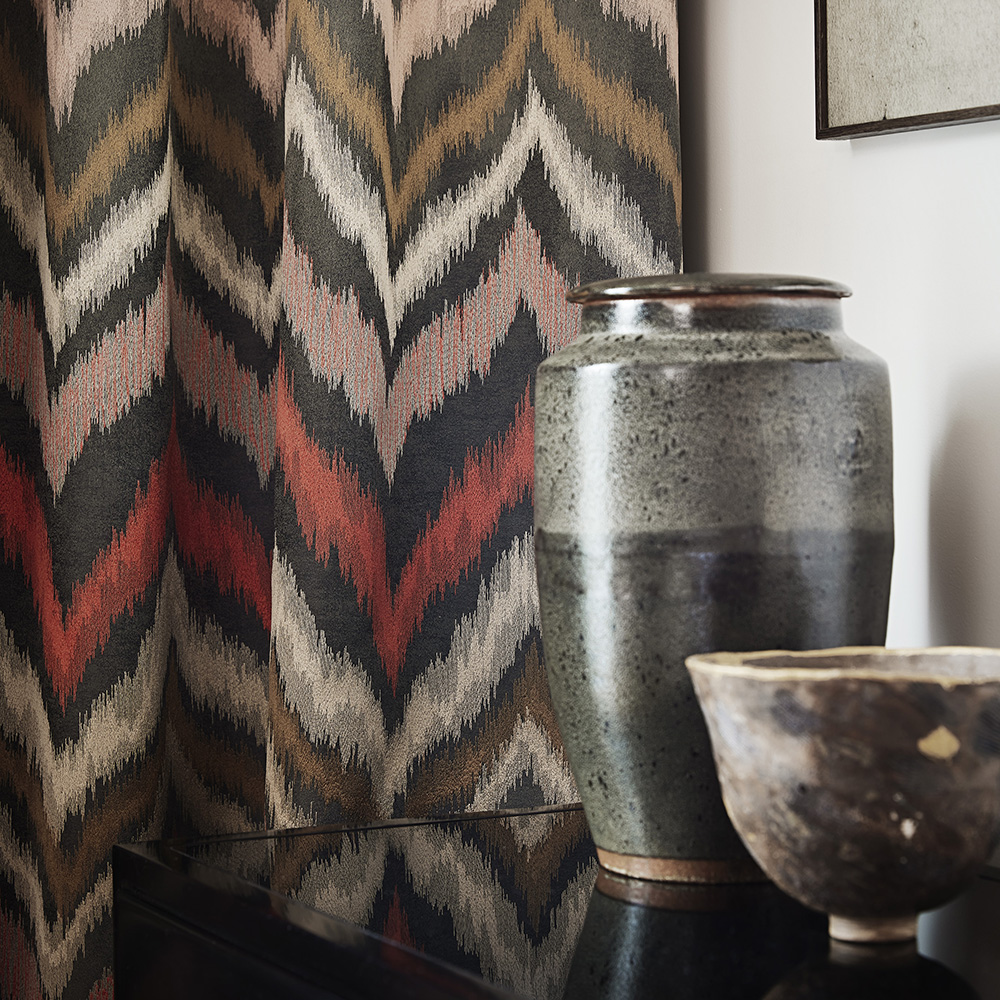 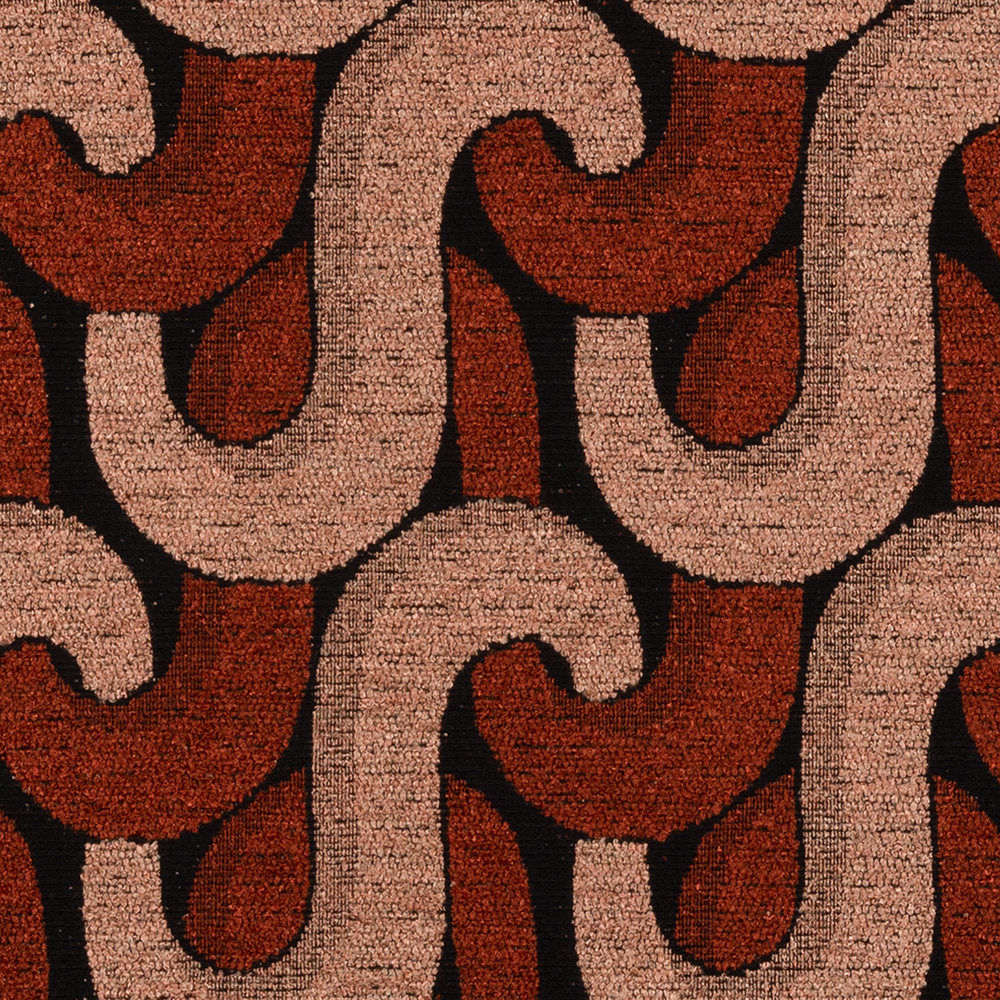 Today, prints, reminiscent of those created by Diane von Furstenberg and Stephen Burrows, are bold and fun. ‘Ritournelle’ from Casamance at Colony (above left); the fluid flame-stitch of ‘Hazura’ from Romo (above centre) and Nobilis’ ‘Naja’ jacquard all epitomise the look, with a recurring palette of rust, blush and beige tones. 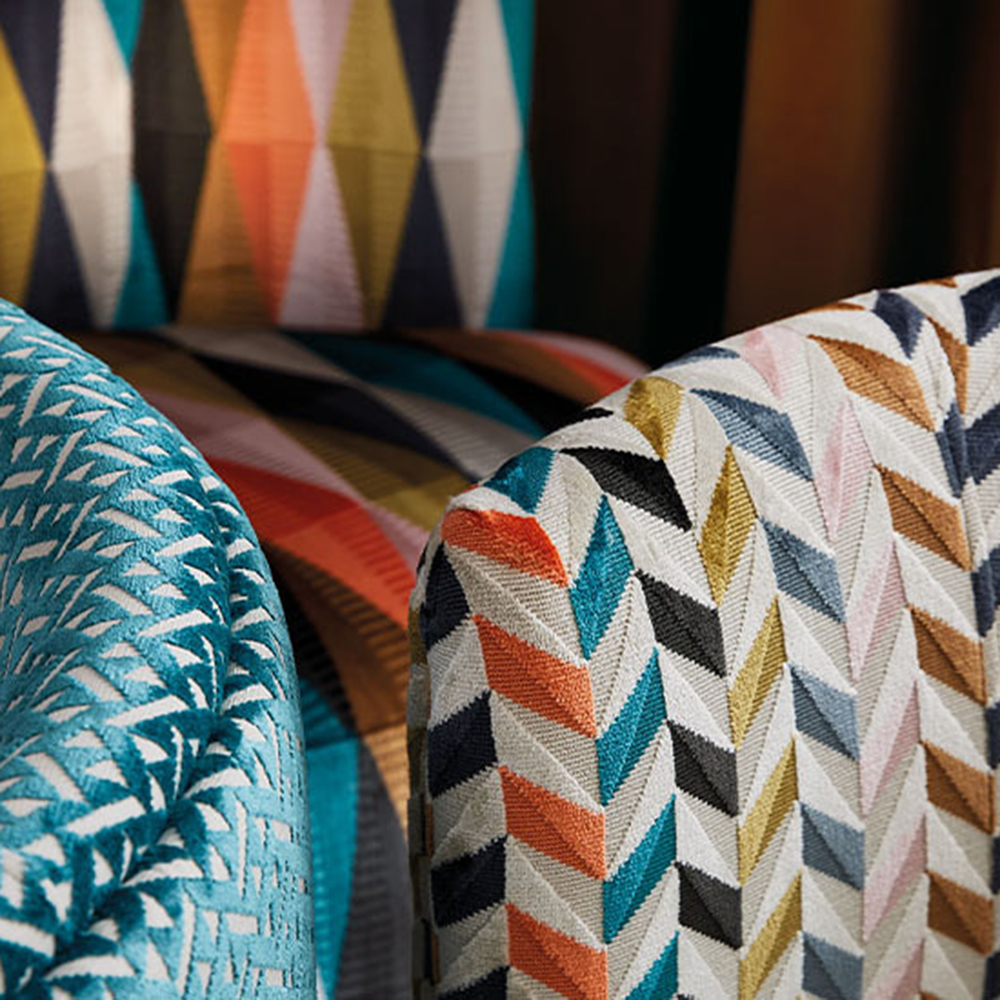 There are plenty of lush velvets – from Kirkby Design’s ‘Burst’ floral fabric from Romo (pictured top) to ‘Equinox’, the result of a new collaboration between Lelièvre Paris and the revived heritage brand Maison Leleu (above left), to Katori, a new range of cut and uncut epingle velvets in statement geometrics and chevrons from Romo (above right). Colourful carpets with a deep pile at Stark Carpet share the same strong emphasis on both texture and pattern. 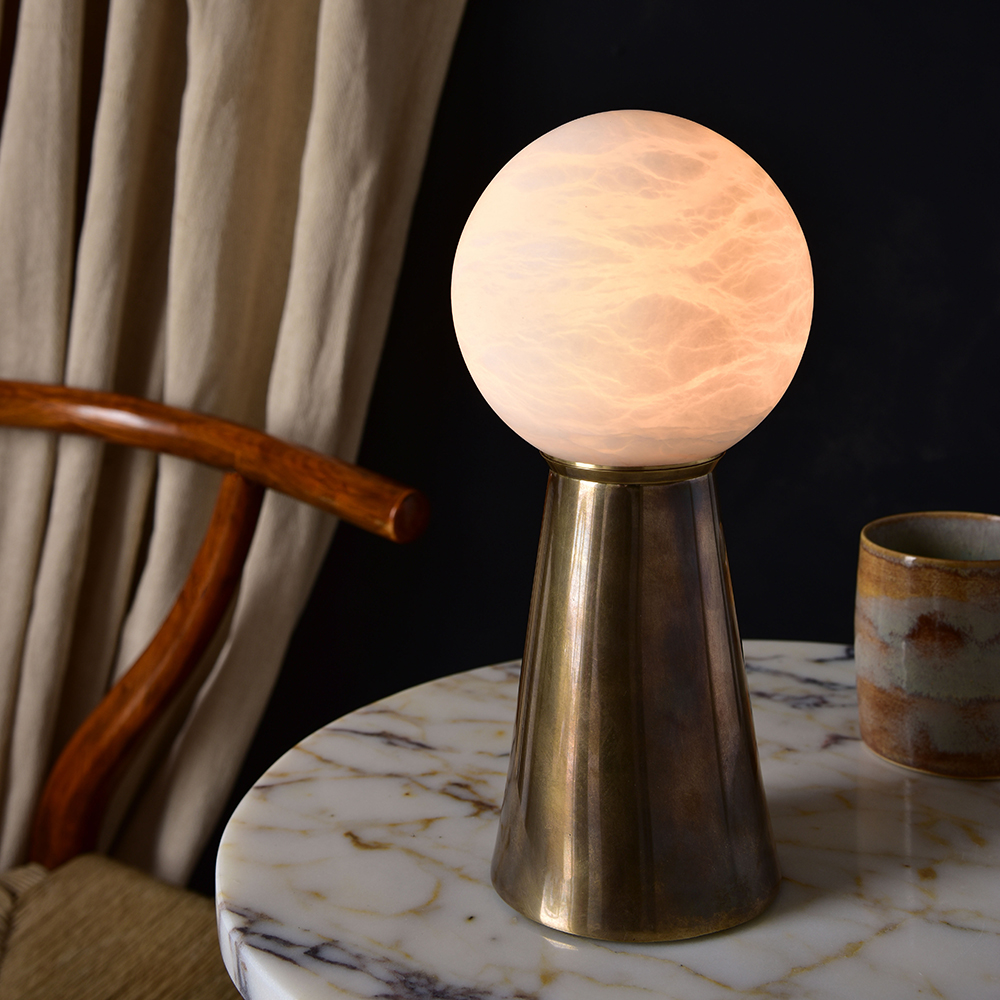 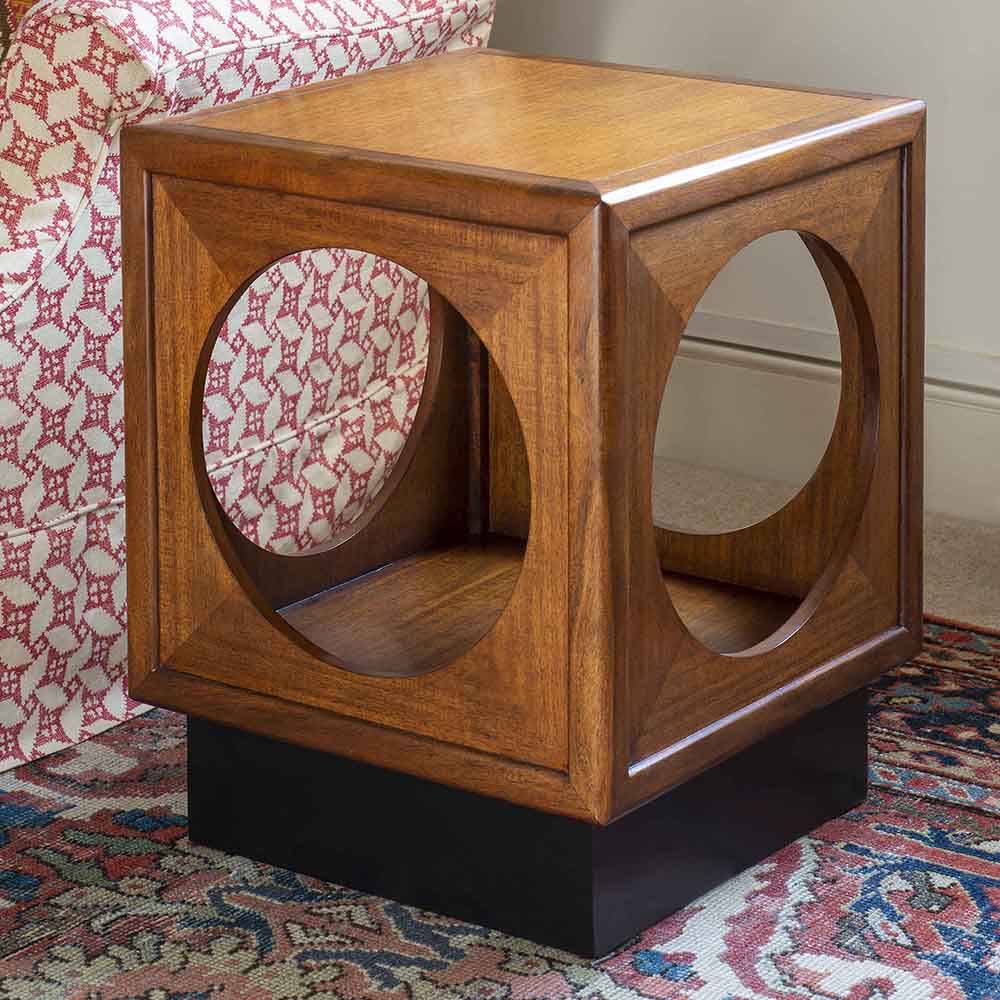 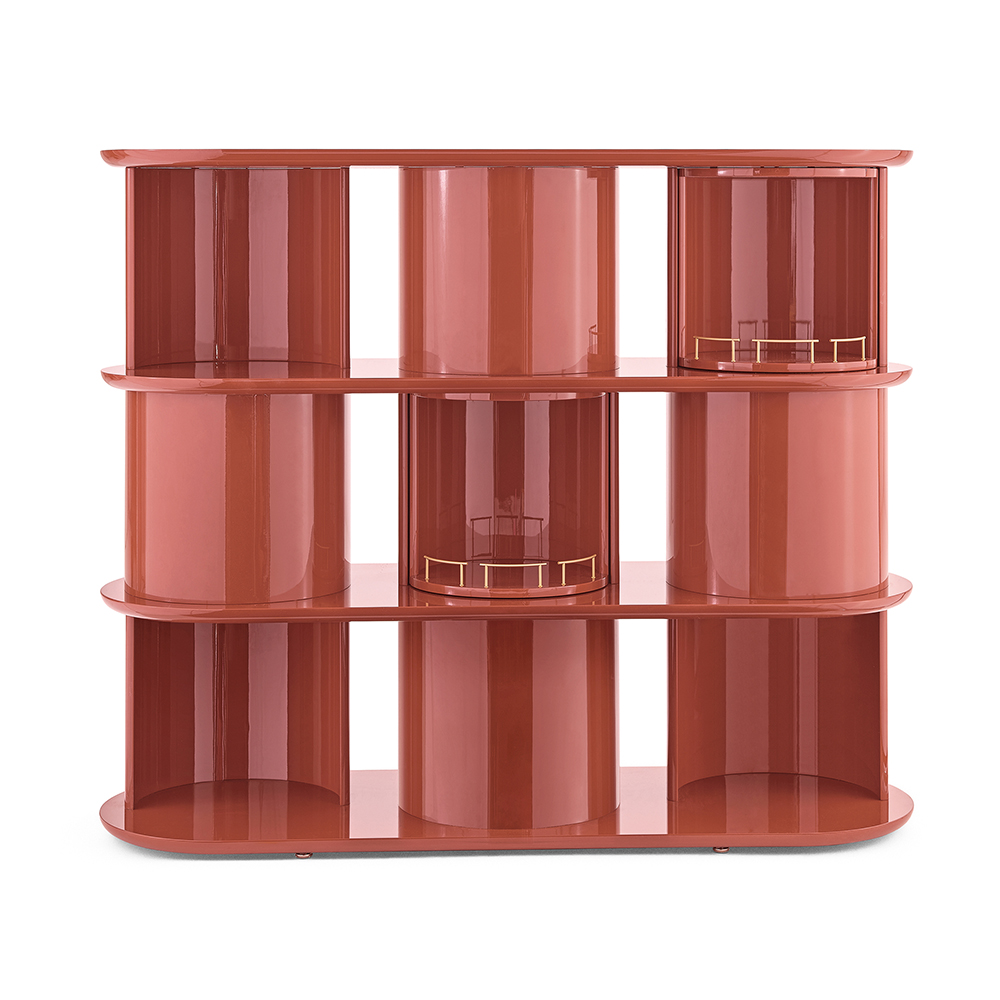 Those same shapes are echoed in furniture and lighting, too, particularly circles. The ‘Mini Orb’ portable lamp in alabaster by Collier Webb (above left) would not look out of place at a glamorous 1970s nightspot, while Vaughan’s ‘Somborne’ side table (above centre) would be the perfect place to put your drink. Gallotti&Radice’s ‘Hide&Seek’ shelving/room divider might have come straight from the all-red office belonging to Halston in the recent Netflix series about the decade’s most celebrated fashion designer.