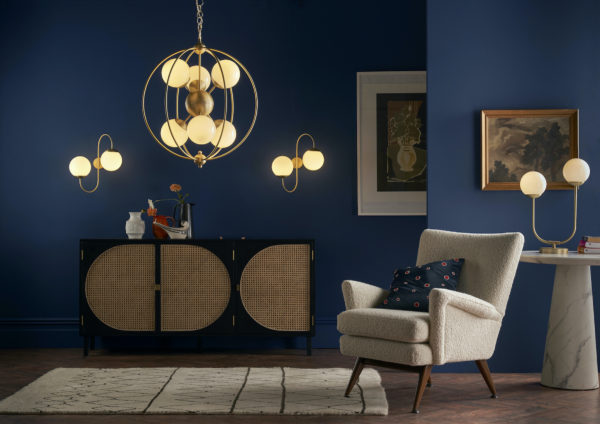 Opulent but contemporary, David Hunt Lighting’s ‘Liberty’ pendant (pictured) was inspired by the glamorous nightclub scene of the 1970s, when disco and decadence reigned. It features a cluster of six opal-glass shades around a central brass globe, encased in a solid brass frame.

To complement it, the company has also expanded its Gavroche collection, with an existing pendant now joined by a wall and table light (also pictured). Their asymmetrical design was originally inspired by the work of French design duo Jean-Pierre Garrault and Henri Delord, who also hit a creative high in the 1970s. David Hunt Lighting’s products are all made in its Cotswolds workshop – a long way from Studio 54, but with a level of craftsmanship that’s infinitely superior to a disco ball…