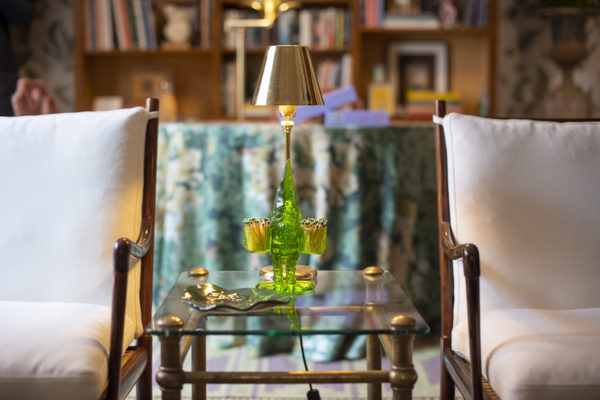 It’s called “cross-collecting” – the art of bringing together objects from across styles and eras to create an interior that looks like it has evolved over time. It’s a defining feature of many of the WOW!house rooms, where an astonishing breadth of objects are on show, from an ornate 18th-century mirror in the Colefax and Fowler Drawing Room designed by Emma Burns and Philip Hooper of Sibyl Colefax & John Fowler, to a kitsch gnome-shaped glass match-holder in the GP & J Baker Morning Room designed by Rita Konig. It is the clever eye of the designer that brings it all together to create balance and harmony – and one of the reasons why visitors need to see the WOW!house in person. 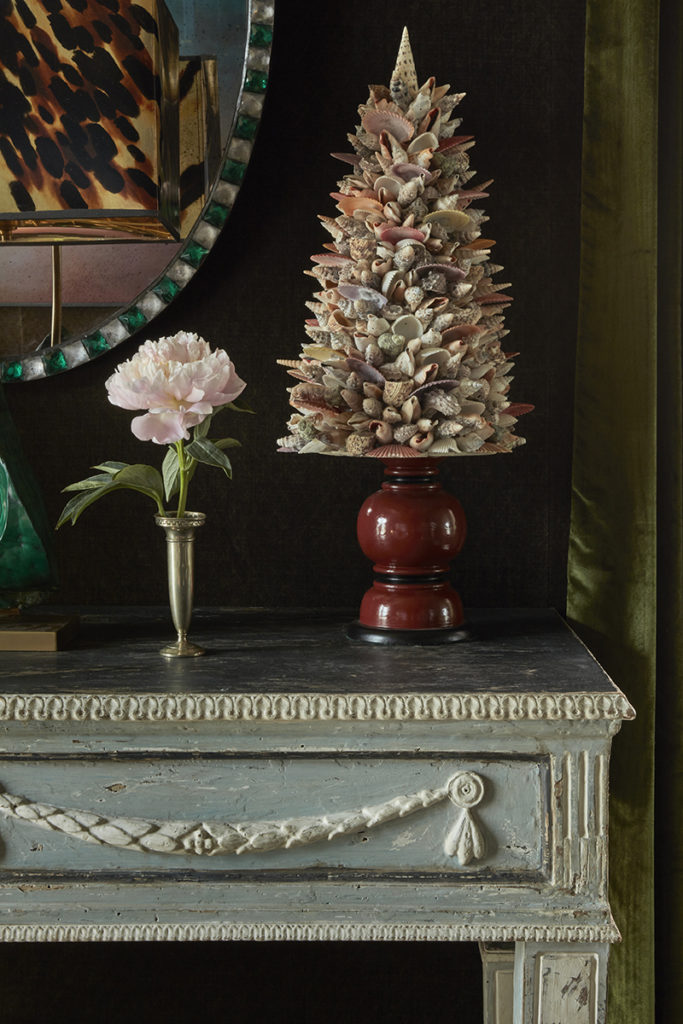 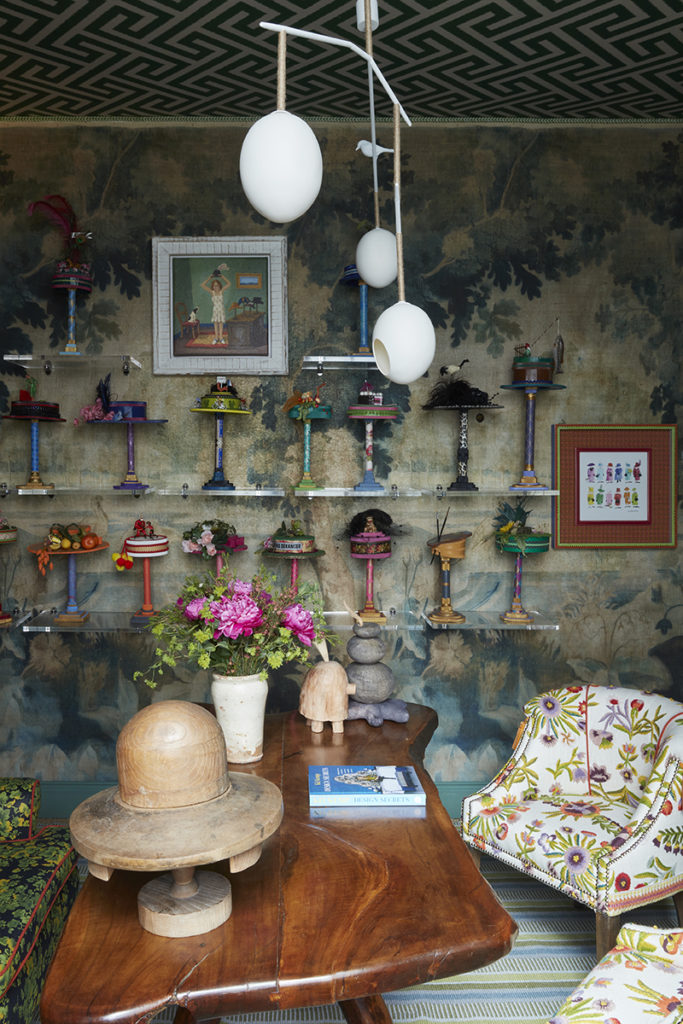 Creating a sense of intrigue is the name of the game here. The Schumacher Garden Room designed by Campbell-Rey contains shell obelisks by Tess Morley, Shalini Misra’s Entrance Foyer features a chandelier by Thierry Jeannot made from plastic bottles – and who could forget the row upon row of whimsical hats by French artist Mimi de Biarritz in Kit and Minnie Kemp’s Day Room? WOW!house visitors have been very busy scanning the product-listing QR codes on display in each room to find out exactly where they can source everything for themselves. 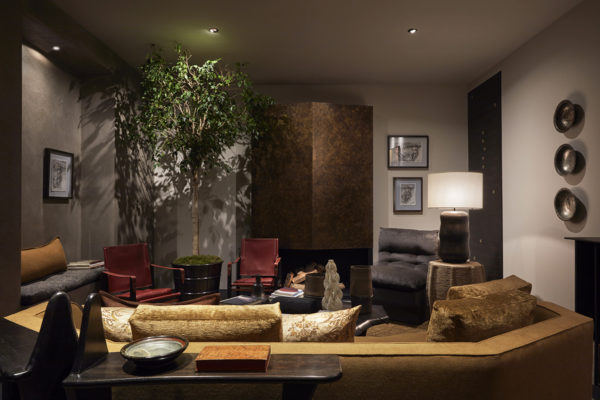 In Rui Ribeiro Studio’s Drawing Room (above), the objects have been tightly curated to create a sense of a coherent whole. Mid-century furniture, such as the pair of red-leather Danish campaign chairs, sit next to a Han-dynasty Cocoon jar and many objects designed by Ribeiro’s own hand, including a collection of black clay sculptures. “I want everyone who comes in to feel at ease, as if invited to my own home for evening drinks,” he says.

For Stephanie Barba Mendoza, the breadth of objects she has chosen reflects the lifestyle of an imaginary muse, the ‘Killer Queen’ in the song of the same name by Queen. “We wanted to create a layered look – the Killer Queen has travelled a lot and collected things over time,” she says. “You balance it all by intuition.” In line with her vision for her muse, she has mixed styles and eras as well as pattern and colour: an Aubusson tapestry hangs on the wall, next to an artwork by contemporary artist Catalina Swinburn and a cabinet by Alexander Lamont adorned with an opulent octopus handle. “I think it’s important to use different materials in a room. You need to have softness, sharpness, warmth – and contrast one thing with another,” she says. 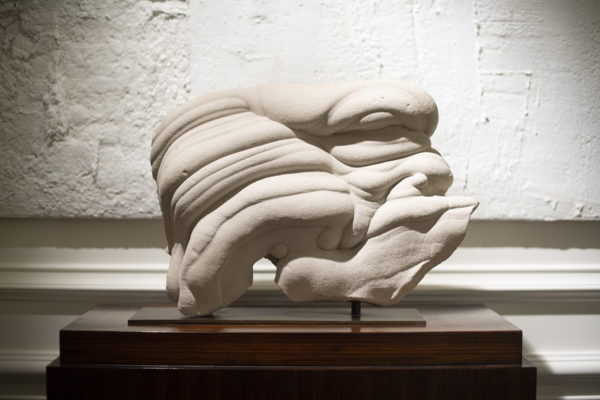 Paolo Moschino and Philip Vergeylen didn’t have to imagine a collector or a muse for their Drawing Room: it is a living testament to their own collectors’ eye. “A lot of pieces come from our home, and they will go back there,” says Moschino. “We wanted it to feel like ‘us’. Everything has a meaning for us.” Many pieces were collected on their travels, such as the pair of vintage Paolo Buffa chairs: “We bought them in Paris because we like them – but if no one else likes them, we’re happy to keep them!” says Moschino. There are contemporary pieces from the Paolo Moschino showroom, and objects from the past few centuries, but also a gogotte – a sculptural sandstone formation that is not thousands, but millions of years old. This room must surely take the prize as the ultimate “cross collection.”

Room credits for every room at WOW!house can be found here